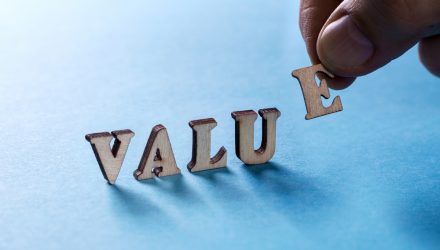 Enough Value in ESIX to Make It Valuable

Small-cap stocks and exchange traded funds followed large-cap counterparts lower this year, but there are plenty of examples of small-cap ETFs outpacing large-cap rivals. As such, there’s been ample chatter about smaller stocks being better positioned for success in 2023. In particular, some market observers are constructive on small-cap value. Though it’s not a dedicated small-cap value ETF, the SPDR S&P SmallCap 600 ESG ETF (ESIX) has enough of a value a tilt to benefit from a small-cap value rally.

“Value has outperformed growth by more than 20ppt over the past two years. Value can keep winning, as it did for most of the 20th century, as structural changes mean ‘higher lows’ for inflation and interest rates,” according to Bank of America research. “We resist buying the dip in beaten down growth stocks. Growth outperformance of the past two decades is reversing as excess liquidity drains from the market, and value has more room to run. A reversion to long term norms implies >20% value performance from here, assuming growth stays flat.”

ESIX, which follows the S&P SmallCap 600® ESG Index, is home to 381 stocks. While investors often think of smaller stocks as being richly valued and apply the same school of thought to environmental, social, and governance (ESG) equities because so many of the large-cap equities with enviable ESG scores are growth names, ESIX isn’t trading at alarmingly high multiples.

Another potential benefit of ESIX is that small-caps have an arguably under-appreciated penchant for proving durable amid contracting economic conditions and Federal Reserve tightening — two scenarios that could be in play in 2023.

“Our equity strategists have recently noted, however, that value and small caps remained resilient as the Fed battled inflation in the 1970s. Jill Hall notes that small caps are already discounting a deep recession and expects outperformance amid elevated inflation, capex resilience, reshoring, and services > goods spending,” added Bank of America.

ESIX allocates nearly 37% of its weight to financial services and industrial stocks, which are value plays. Energy and materials names, two other value sectors, combine for over 10%.

“The past two decades of large cap growth outperformance have been an anomaly. An investor who bought $100 of small cap value in 1926 would have over $36mn today, compared to just $0.8mn from a similar investment in large cap growth,” concluded Bank of America.