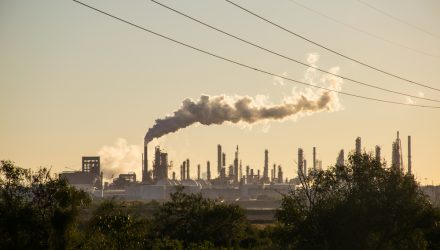 Energy Sector Efficiency Could Help in the Fight Against Climate Change

The fossil fuel industry, one of the biggest contributors to greenhouse gas emissions, can help in the fight against climate change by just clamping down on excess leakage from oil and gas production.

The energy sector contributes to 70 metric tons of the polluting methane gas last year, or roughly equivalent to all the carbon dioxide produced by the European Union, but about 40% of methane emissions from oil and gas production can be easily eliminated, CBS News reported.

Cutting down that number “is among the most cost-effective and impactful actions that governments can take to achieve global climate goals,” according to the U.S. Energy Information Agency.

Natural gas is a byproduct of drilling for oil or hydraulic fracturing, and since the gas is invisible and odorless, it can easily escape detection. Furthermore, leakage may occur at any point from extraction out of the ground to when the gas is burned at a power plant.

The EIA argued that the most cost-effective steps natural gas producers can take to reduce the potential leaks is through replacing old equipment. The pumps, valves, and compressors on a gas-drilling pad emit methane during their operations and emit more as they age. Consequently, the EIA recommends replacing parts early and replacing gas-powered components with electric pieces, displacing less gas during operations.

The process of upgrading and replacing old leaky parts may also benefit producers to hold on to more products to sell.

“Natural gas is essentially just methane, and in many cases, if you can avoid that methane leak, you can sell that gas for profit,” Christophe McGlade, the head of IEA’s Energy Supply Unit, told CBS MoneyWatch.

However, natural gas prices have been depressed for years, which contributed to the slow uptake in the industry to upgrade their production or make things more efficient.

“You have, I wouldn’t say, an oversupply of gas, but you’re very flush with gas. So the financial numbers for reducing [leaks]with no external pressure are actually quite low,” Dan Zimmerle, a senior research associate at the Energy Institute of Colorado State University, told CBS.