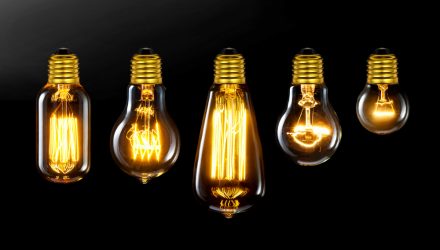 There’s no shortage of corporations and governments with ambitious carbon reduction or net-zero plans.

A major element in reaching those goals is electrification, or how electric power is generated. Some exchange traded funds provide inroads to that theme. That group includes the SPDR MSCI USA Climate Paris Aligned ETF (NZUS).

NZUS, which is a month old, follows the MSCI USA Climate Paris Aligned Index. Companies in that benchmark are contributors to the fight against climate change, making NZUS a credible net-zero exchange traded fund idea.

“Net zero aims over the next several decades to balance the world’s greenhouse gas emissions to zero by both reducing the gross carbon emissions we’re producing and by negating any emissions that are remaining using available means. You can sort of think about this like trying to stop the level of water rising in a bathtub. You can turn off the taps; you can pull the drain; or probably, it’s some combination of the two. But how do we get there? Is it even achievable?” said Adam Fleck at the recent Morningstar Investment Conference.

Reducing carbon emissions and enhancing electrification are concepts that, at the investment level, require depth. Home to 306 stocks across 10 sectors, NZUS checks that box. That breadth will be relevant as electrification-related investing evolves and commands more mainstream attention.

“Now, net zero is important. There’s a reason we’re talking about it. I think we’ve all probably heard or seen the cataclysmic commentary from governments or industry bodies if we don’t stop the world’s warming to 1.5 degrees Celsius by 2050 versus preindustrial levels,” noted Fleck at the conference. “And frankly, these real concerns are leading companies to make plans and commitments. You can see here, the top 2,000 companies in the world by revenue, about half have made some plan or commitment to a science-based long-term or ambitious goal to reduce their carbon emissions through net zero, or carbon neutrality, or some other goal.”

As noted above, NZUS is a new ETF, but the track records of established competitors in the category are compelling indicators that if history repeats, NZUS could be a winning bet for long-term investors.

“If you’re invested in clean tech or low-carbon companies or a fund over the past five years, you’d have received 107% return on your investment. That’s not to say you wouldn’t have received a return if you solely invested in fossil fuels. But that would have been around 32%,” noted Morningstar’s Alex Osborne-Saponja.