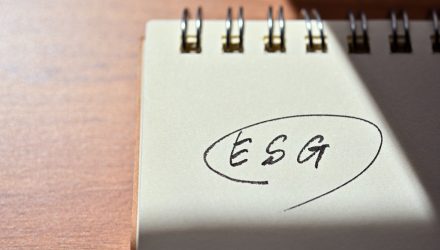 The Election Could Affect How the Country Adopts ESG Investments

The presidential election could decide the direction the U.S. government takes with regard to socially responsible investments like those that track environmental, social and governance factors.

Beyond the obvious point that a Joe Biden administration would likely take a negative stance on fossil fuel and a positive outlook on sustainable investments, a Democratic-led administration could also follow more standardized rules around ESG investing and corporate disclosures, the Financial Times reports.

If ESG investing and disclosure rules change, it could attract greater capital flows into the sector, lifting prices for assets or fueling what Larry Fink, head of BlackRock, described as an ESG “momentum” trade.

Under the Donald Trump administration, a type of transatlantic split in ESG investing has occurred, with diverging policies between the U.S. and European countries.

In Europe, regulators and officials have been pushing for ESG-friendly standards, particularly in regard for “E” or environment. The European Central Bank, for instance, set capital markets benchmarks by getting involved with green bonds. Additionally, regulators have embraced the so-called Task Force for Climate-Related Financial Disclosure system, championed by Mark Carney, former governor of the Bank of England. Last week, Mr Carney even called for this to become mandatory in a couple of years.

The European Commission is also finalizing definitions on green assets, creating “the world’s first classification system… to boost sustainable investments and reporting,” according to Olof Skoog, EU ambassador to the UN.

On the other hand, the U.S. Securities and Exchange Commission avoided the creation of an ESG investing framework. Hester Peirce, an influential Republican commissioner, has criticized the excessive uncertainty of the ESG concept. American regulators seem uninterested in imposing the European model’s TCFD. The Department of Labor even recently pushed reforms on to pension fund rules that would make it harder for asset managers to invest in ESG principles under its definition of fiduciary duty.

“This is an area which should be driven by facts and not ideology and emotion. There is ample evidence ESG enhances performance,” said Roger Ferguson, head of financial services firm TIAA, which has expressed criticism of the DoL rule.