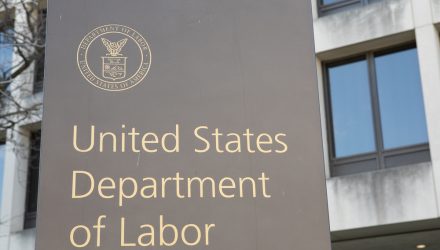 The United States Department of Labor has proposed a new rule that could negatively affect retirement plans, barring fiduciaries from participating in shareholder voting or engaging with companies unless they prove to enhance the economic value of their plan.

“The DoL’s new proposal to curb proxy voting rights of plan fiduciaries is likely to adversely affect the long-term performance of retirement plans. If implemented, the proposal will not only drive up the cost of various investment plans but also disenfranchise plan participants. We urge the DoL to withdraw the proposal to keep costs low, to maximize the value of plan assets and to protect the interests of plan participants and beneficiaries,” Rick Lacaille, Executive Vice President, Global Chief Investment Officer, State Street Global Advisors, said in a research note.

Lacaille argued that voting rights held by shareholders have a positive value and it is equally clear to shareholders that some voting opportunities are more effective in terms of value than others. However, the DoL’s rule could render votes on categories other than the ones enumerated for proxy proposals as imprudent.

Specifically, Lacaille underscored an unintended consequence of the new regulations, notably how the effect at the margin is likely to be a shift in influence from informed fiduciaries working within an Employee Retirement Income Security Act of 1974 (ERISA) framework to other shareholders. Consequently, some shareholders will be deemed “more equal” than others with unpredictable consequences for the silenced disenfranchised minority of ERISA shareholders.

There are important resolutions that have the potential to increase long-term value and may get affected on account of this proposed rule, such as those that relate to Environmental, Social or Governance (ESG) considerations.

“State Street had taken exception to a June 2020 DoL proposal that discouraged pension plans from considering ESG parameters when choosing investments. In fact, when it comes to proxy voting, considering ESG as an example, State Street judges each proposal on its merits and casts its votes independently and frequently differently from other plan fiduciaries who may or may not consider the importance of ESG in driving long-term shareholder value,” Lacaille added.