You are at:Home»ESG Channel»Crypto Industry Makes a Moves Into the Carbon Markets 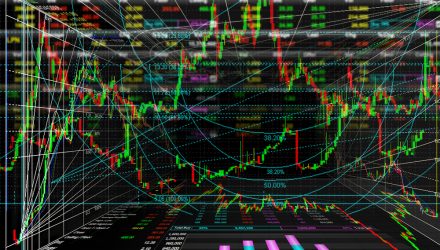 Crypto Industry Makes a Moves Into the Carbon Markets

The carbon markets are even attracting the attention of the cryptocurrency technology industry.

Millions of credits for offsetting greenhouse gas emissions in the carbon markets have been virtually tied to newly minted digital cryptocurrency tokens and removed from circulation, the Wall Street Journal reports.

Some market participants argued that the technology could help bringing transparency and create new incentives for projects that are more environmentally friendly.

More polluting companies can compensate for their higher greenhouse gas emissions by purchasing credits representing reductions in greenhouse gases in the carbon markets. These credits, which represent one metric ton of carbon dioxide, come from various projects like planting trees or setting up renewable energy sources that have third-party certification.

As a way to better track this burgeoning new carbon market, Toucan, a decentralized finance or DeFi, said its technology can help users who own carbon credits link them to digital tokens. The tokens, or BCT — for Base Carbon Tonne — can then be traded on cryptocurrency exchanges. Toucan contended that these carbon emissions-linked digital tokens would create a clear platform for trading and provide real-time pricing data and a public record of trades to more clearly note who gets to take credit for funding climate-benefiting projects.

“The world’s rapidly scaling voluntary carbon markets need to be run on a transparent, digital and neutral system in order to maximize their impact,” Toucan’s technology chief, James Farrell, told the WSJ.

Over 17 million carbon credits have so far been tied to BCT tokens. BCT was trading at around $5.50, so carbon credits are now valued at over $90 million on cryptocurrency exchanges.

Klima is another crypto asset option launched on the same day as Toucan. The two projects operate independently, but have a “friendly and symbiotic relationship,” according to Toucan’s website.

However, Margaret Kim, chief executive of Gold Standard, one of the main carbon credit registries, warned that Klima undermines efforts to improve transparency.

“We support transparent and energy-efficient uses of blockchain technology in carbon markets, but caution strongly against those that are speculative in nature,” Kim told the WSJ. “Regarding Klima, we are also concerned about the fact that the founders are anonymous, which runs contrary to the need for transparency in climate action generally and carbon markets more specifically.”