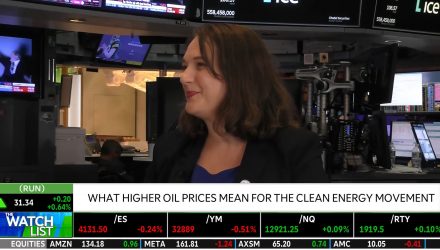 There’s been a surge of interest in clean energy over the past few months, but where do the best opportunities lie in the space? 🔋☀️

“We’ve seen research spiking on the VettaFi platform for clean energy ETFs over the past month or so, ever since the Inflation Reduction Act came back to life,” Crigger said, pointing to the surging performance in the space, where some clean energy funds have leapt 20%–30%

Crigger noted that the Invesco Solar ETF (TAN) is up 24% over the past three months and brought in over $250 million in new flows — a stark improvement compared to the outflows that were dominating the space for much of 2022. Another ETF that is doing well is the First Trust NASDAQ Clean Edge Green Energy Index Fund (QCLN). Unlike TAN, which focuses on solar energy, QCLN has a broader exposure that goes beyond just solar, tapping into hydroelectric, wind, and other renewables as well. Another big performer was the SPDR S&P Kensho Clean Power ETF (CNRG), which is up 6.5% year-to-date. “It’s really benefiting from two different angles of the Inflation Reduction Act,” Crigger said, noting that CNRG was well positioned with exposure to both renewable energy producers and the tech producers.

Crigger said that she sees solar power as potentially benefitting the most from the Inflation Reduction Act. Solar’s strong earnings reports combined with billions of investments earmarked in the Inflation Reduction Act give solar power an edge. Crigger also noted, “There’s just a lot of existing infrastructure for solar in this country already. Plus, it’s easier, cheaper, and faster to put a solar panel on a roof then erect a new wind turbine or hydroelectric dam.”

Possible headwinds include interest rate risk and political risk, according to Crigger, who continued, “Clean energy is growth, and growth is going to be challenged in a rising rate environment.” Political risk could be even sharper, Crigger warned, as anti-clean energy politicians might throw roadblocks up and leave America behind the rest of the world depending on how the next few elections break.

“One thing we’ve seen is that its not an either/or choice between clean energy ETFs and fossil fuel energy ETFs. Increasingly, clean energy is seen as one part of a diversified energy portfolio,” Crigger observed.