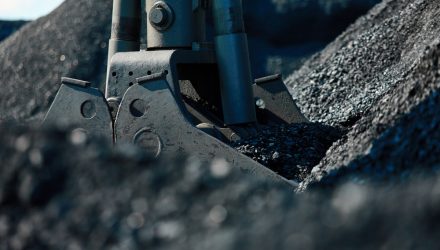 Coal Is a Hard Habit to Kick

While the world is trying to turn over a new leaf by focusing on combating climate change and cutting carbon emissions, coal prices have surged to their highest level in a decade.

Due to a shortfall in natural gas, rising electricity usage, and low rain in China, the world is experiencing a resurgence in demand for thermal coal, the Wall Street Journal reports.

Meanwhile, on the supply side, closed mines in Colombia, flooding in Indonesia and Australia, along with disrupted trade flows caused by a Chinese ban on Australian coal have all contributed to the rising prices.

“Supply is shrinking, and it’s probably shrinking faster than demand,” Tom Price, head of commodities strategy at Liberum, told the WSJ. “Everyone had turned their backs on these [thermal-coal mining] assets. Those companies that have clung to them have made a small fortune on them in just the past few months.”

Thermal coal prices have more than doubled over the past year. Earlier this month, coal delivered to northwest Europe touched its level for the first time since November 2011, after surging 64% in 2021. Furthermore, prices for coal exported from Newcastle in Australia have advanced 56%.

The sudden spike in coal prices has also caused higher electricity prices in the U.S. and Europe, where central banks are already looking at a rise in inflation.

The rally in coal reflects the ongoing demand for the dirty energy source as the world tries to cut down on coal to limit planet-warming greenhouse gas emissions. According to International Energy Agency forecasts, coal demand peaked in 2014 and won’t return to pre-coronavirus levels. However, analysts warned that periods of demand, coupled with a shortfall of investment in new supplies, could lead to higher prices.

Looking at the long run, coal will likely be pushed out. Leaders at the Group of Seven summit recently agreed that coal-fired power stations were the biggest source of greenhouse-gas emissions and pledged to redouble efforts to cut down the dirty energy source.