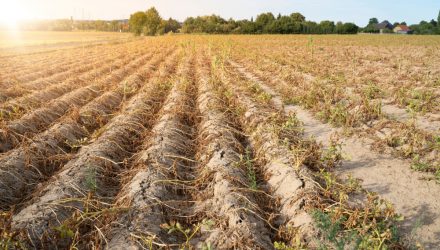 Climate Risks Could Cost the World Economy Trillions of Dollars

The climate crisis is more than a political topic of discussion. Economists are already outlining the potential for worsening inequality, trillions of dollars in climate-related damages, and depressed global growth.

According to the Institute for Policy Integrity at the NYU School of Law’s latest survey, about 74% of economists agree that “immediate and drastic” action is needed to cut emissions, CNN reports.

In comparison, about 50% of economists pointed to a change in action back in 2015. Over the past couple of years, the United States has suffered through extreme and deadly weather events like Hurricane Maria, massive wildfires in California, and this year’s polar freeze that swept down to Texas.

In the face of more frequent floods, wildfires, and hurricanes, the financial toll from the climate crisis is expected to surge. According to survey participants, the economic damage from climate change is expected to jump $1.7 trillion per year by 2025 and spike to $30 trillion annually by 2075 under most scenarios.

Consequently, economists are agreeing with scientists that the world needs to begin taking preventative costs to offset a potential surge in future costs related to climate change. About two-thirds of the NYU survey participants indicated that the benefits of achieving net-zero emissions by mid-century could outweigh the costs.

“People who spend their careers studying our economy are in widespread agreement that climate change will be expensive, potentially devastatingly so,” Peter Howard, economics director at the Institute for Policy Integrity, said in a statement.

Meanwhile, investors and companies are already betting on the increased push toward fighting climate change. For example, Google Maps recently announced that its driving directions will soon default to the most fuel-efficient route to help drivers diminish their carbon footprint.

“Helping investors prepare their portfolios and capture investment opportunities on the path to net zero is one of our greatest responsibilities,” BlackRock CEO Larry Fink said in a statement.