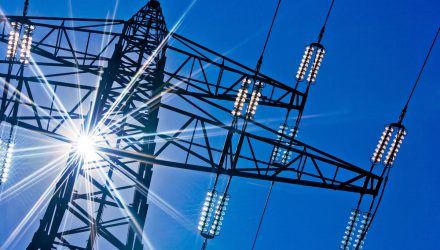 The Biden Administration’s climate adviser argued that a clean electricity standard and tax credits for renewable energy are “bottom lines” for the next infrastructure spending package.

As President Joe Biden pushes for a second infrastructure package that could be passed on a party line vote through budget reconciliation, White House climate adviser Gina McCarthy argued that the infrastructure bill will have to include supports for renewable energy spending, Reuters reports.

The first package, a bipartisan bill hashed out between Biden and lawmakers, does not include a clean electricity standard (CES) component, which would help reduce emissions by adopting renewables like wind and solar, using nuclear energy, or helping sequester harmful greenhouse gas emissions from fossil fuel plants.

“We need to tell the utility world, our power system, where they need to go,” McCarthy told a Punchbowl News event. A CES “provides a level of certainty for long-term investments that this country needs and we are going to move these pieces together.”

McCarthy argued in a memo to Biden Cabinet officials that CES could include electricity efficiency to bring in private investment as a way to modernize the energy grid, cut power bills, and encourage union jobs.

Furthermore, a CES component could help Biden in his quest to decarbonize the economy by 2035.

McCarthy also added that the administration could allow for consumer rebates on electric vehicles in the second package.

A recent White House fact sheet showed that the $1.2 trillion bipartisan bill framework did not include money allocated toward electric vehicle rebates, but it would spend $15 billion to create EV charging stations, along with purchasing electric school and transit buses. Biden previously pushed for $100 billion in EV consumer rebates.

White House Press Secretary Jen Psaki said Biden’s climate items in the bipartisan package as a form of “down payment” that would be an “an enormous investment” in EVs and electric buses, and that the president is committed to including more items in the reconciliation package.