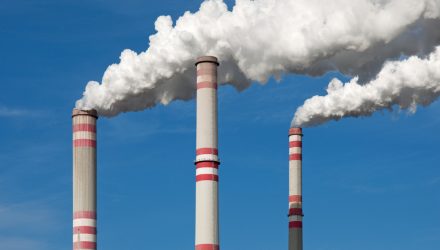 The carbon credit investments category is gaining traction as the world places greater focus on the fight against climate change.

Carbon-credit-trading funds are among the best performing commodities-related investments of the past year, the Wall Street Journal reports.

For example, the price of carbon credits in Europe surged 135% over the past 12 months and recently touched a series of records as economic activity rebounded after governments reopened from the pandemic lockdowns. To be fair, lumber remains a better commodities investment, and tighter government controls, a bitter winter, and low inventories of liquefied natural gas also played a role in the outperformance of carbon credits.

Meanwhile, carbon-related investment funds that benefit from economies transitioning away from fossil fuels have attracted more attention. Jonathan Shelon, chief operating officer at KraneShares, noted that demand has grown steadily from both retail investors and professionals seeking out the investment strategy as a way to profit from tighter regulation and investor pressure on companies to cut down on harmful carbon emissions.

The European Union’s carbon-trading program, the world’s largest and most heavily traded carbon market, began in 2005 as part of the Kyoto Protocol commitments and was a key factor in cutting emissions in the region. Credits are granted to countries, which are then auctioned to factories, power plants, and other polluters that require credits for the carbon they emit.

According to Intercontinental Exchange, which hosts European and U.S. emissions trading, the number of participants trading both European and North American carbon markets has expanded by 85% in 2020 from 2017. Additionally, open interest on European emissions credits jumped to a record high of $105 billion on May 25, according to ICE.

The carbon credit market is expected to grow in popularity as both the EU and the U.S. set ambitious targets on cutting down carbon emissions. Brussels wants to be carbon neutral by 2050, while the Biden administration is trying to halve U.S. emissions by the end of the decade.

“More investors are doing the math and realizing the cost of halving emissions is significantly above where the market is trading,” Ariel Perez, head of environmental products at commodities-trading company Hartree Partners, told the WSJ.