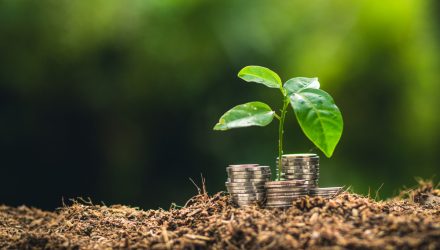 While there are increased calls for the wider adoption of socially responsible principles, corporations have been slow on the uptake. Warren Buffett and Berkshire Hathaway Inc were the latest to take a step back from adopting environmental, social, and governance standards.

During Berkshire Hathaway’s recent annual shareholder meeting, Buffett and his supporters, who control 35% of the company’s voting power, opposed two shareholder resolutions that would have required annual reports on how its holdings are tackling climate change, along with disclosures on diversity and inclusion in the workplace, Bloomberg reports.

They argued that their decentralized business model made it unreasonable to impose a one-size-fits-all criteria on all of its operating units. Buffett said at the shareholder meeting that requiring ESG reports from all subsidiaries would be “asinine” since many are small and they are run independently. Furthermore, he argued that he doesn’t want to make “moral judgments” on businesses, and it is “very tough” to decide which ones benefit society.

On the other hand, investors like BlackRock Inc were among the roughly 25% of Berkshire Hathaway shareholders voting for both resolutions. Additionally, the California Public Employees’ Retirement System, the largest U.S. public pension fund, and Federated Hermes Inc were among those supporting the climate change resolution.

While the ESG-related proposals have not passed at Berkshire Hathaway, the resolutions are gaining traction among shareholders.

Looking at the broader market, shareholder proposals on environmental and social issues among S&P 1500 companies showed an averaged 28% support in 2020, compared to 20% in 2017, according to Georgeson.

Corporate governance experts believed that pressure on Buffett will rise in the years ahead as more money managers with a mandate consider ESG causes in pushing for wider changes.

“Even an investor of Buffett’s renown may not be immune to such larger market trends,” Ric Marshall, executive director for ESG Research at MSCI Inc., told Bloomberg.

Berkshire Hathaway isn’t the only major company to balk at implementing harsher standards. For example, Citigroup Inc and Amazon.com Inc have resisted ESG shareholder proposals, asserting that they are impractical or inferior to their own practices.