You are at:Home»ESG Channel»Budget Bill in Congress Could Reduce Emissions by 1 Billion Tons Per Year 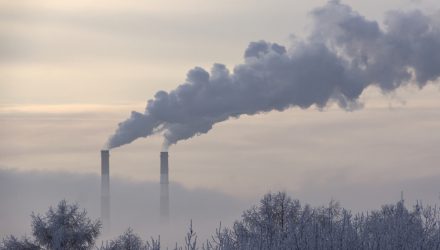 The budget bill that is currently being proposed by Democrats in Congress contains six provisions that collectively could reduce greenhouse gas emissions within the U.S. by 1 billion tons a year by 2030 according to an analysis by the Rhodium Group, a nonpartisan organization, reported CNN.

The findings align with other analyses that dug into the bill and found that emissions reduction would come primarily from a combination of tax credits for clean energy, the Democrats’ clean electricity program, and funding for rural electric cooperatives. Together, the estimates of emissions reduced from these three would be roughly 715 million tons per year.

All told, the amount of emissions removed would be the equivalent of taking all passenger vehicles off of roads, per the analysis.

“This is a really big deal,” Rhodium Group Director John Larsen told CNN. “It would be the single largest action the federal government’s ever taken to deal with climate change.”

Its unknown for now if the budget package, which includes incentives in the form of federal grants for utilities that increase their clean electricity supply by 4% each year, would be enough to meet the Biden administration’s goal of 50% reduction in carbon emissions (compared to 2005 levels) by 2030.

There is currently a 1.7-2.3 billion ton gap between current emission expectations between the U.S.’s current trajectory and Biden’s goal for 2030.

“We estimate that this could close about half the gap between where the US is likely to be and where it needs to be to hit the target,” Larsen told CNN, and added that he believes that this gap could be narrowed further with increasing incentives from Congress.

Investing in Lower Emissions With SPDR

The fund tracks the MSCI ACWI Low Carbon Index. It is an index that reweights securities in the MSCI All-Country World Index (ACWI) to favor lower carbon emissions, as well as lower fossil fuel reserves.