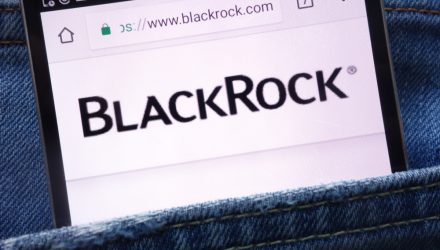 BlackRock’s latest exchange traded fund offering that capitalizes on companies best positioned in the transition to a low-carbon world was well-received, attracting the most inflows on record in its first day of trading.

It should be noted that the first day inflows are usually supported by large institutional investors who have exhibited interest in the fund strategy before the ETF even launched.

“The energy transition is central to all companies’ growth. Winners and losers will emerge in every sector based on each company’s ability to adapt, innovate and pivot their strategies toward the low-carbon economy,” Larry Fink, Chairman and CEO of BlackRock, said in a press release. “Many of our clients share this conviction and we are helping them be at the forefront of the energy transition through next generation climate analytics and sustainable strategies. We believe that this combination will lead to better outcomes for them and society as a whole.”

To capitalize on the energy transition, BlackRock’s Sustainable Investing unit has developed and managed a proprietary strategy with institutional investors since 2018.

The fund is driven by a range of structured and unstructured data sources, advanced analytics and research-based insights across five “pillars,” including Fossil Fuels, Clean Technology, Energy Management, Waste Management, and Water Management, to derive a unique low-carbon economy transition readiness score for each company. The BlackRock U.S. Carbon Transition Readiness ETF includes shares of Russell 1000 companies that are best positioned to capitalize on the energy transition.

The carbon transition plays on the growing importance of the Paris climate goals of limiting global warming to below 2 degrees Celsius. In the fight against harmful greenhouse gasses and climate change, companies in all industries are trying to lower their carbon footprint. Consequently, this broad global shift in the world economy will affect companies’ long-term profitability. BlackRock “doesn’t see itself as a passive observer,” according to Fink.