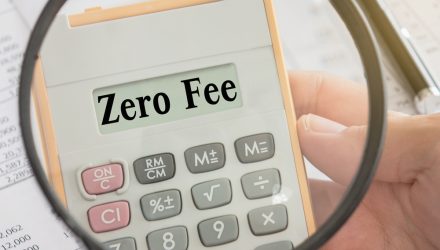 Invesco is launching two industry ETFs that are free for six months. The fourth-largest provider of U.S. listed ETFs will roll out IBBQ and SOXQ today, waiving the modest 0.19% expense ratios for six months in an effort to generate investor interest. The ETFs will track the same benchmarks currently followed by the $11 billion iShares Nasdaq Biotechnology ETF (IBB) and the $6.5 billion iShares PHLX Semiconductor ETF (SOXX), but iShares is shifting the underlying indexes to ones from ICE this month, as we wrote in a thematic research piece titled, “The Largest Biotech ETF is Emerging from the Lab with a New Index.” Invesco has a strong partnership with Nasdaq, which is also the index provider behind popular growth funds like Invesco QQQ Trust (QQQ) and Invesco Nasdaq Next Gen 100 ETF (QQQJ).

We think Invesco can appeal to institutional investors comfortable with the underlying exposure currently behind IBB and SOXX, as well as more cost-conscious advisors and direct investors seeking to tactically benefit from what CFRA sees as favorable growth trends within segments of the Health Care and Information Technology sectors. Even after the fee waiver ends in mid-December 2021, IBBQ and SOXQ will be much cheaper than IBB and SOXX, which both charge expense ratios of 0.46%. The new ETFs will also be cheaper than other industry ETF peers, including those offered by State Street and VanEck Vectors.

Zero-fee ETFs have not historically been a game-changer, but they have supported asset growth. BNY Mellon launched two zero-fee ETFs in April 2020 — BKLC and BNY Mellon Core Bond ETF (BKAG) — which combined have $400 million in assets. BKLC, which had $310 million and tracks a Morningstar large-cap index, slightly underperformed the S&P 500 index-based Vanguard S&P 500 ETF (VOO) in the one-year period ended June 8 despite charging a still-minimal 0.03% fee. Investors have primarily stuck with the more established products like VOO in the past year to build asset allocation strategies rather than the free large-cap alternative. But BKLC’s gathering of more than $300 million in just over a year of trading is notable.

Meanwhile, SFY and its sibling SoFi Next 50 ETF (SFYX) were rolled out in April 2019 and currently have expense ratios of zero, aided by ongoing fee waivers. Despite a similar sounding name to VOO, SFY has more of a growth tilt that helped it outperform VOO in the past year. However, SFY ended May 2021 with just $238 million in assets. The more mid-cap-focused SFYX was even smaller with only $33 million.

We originally expected fee-obsessed ETF investors to gravitate toward zero-fee ETF products such as those from BNY Mellon and SoFi, but breaking through as a new ETF provider is a challenge given the scale that iShares, Invesco, and other top firms have. Indeed, there used to be an ETF from Salt Financial that originally was offering to pay the first wave of shareholders to own the ETF. It received such minuscule demand that the ETF was sold to Pacer Financial, and the fee waiver was removed.

New ETF providers have not successfully climbed the league table with a zero-fee ETF, but we think the new Invesco products could be popular. Invesco has a strong brand with index investors and the opportunity to appeal to cost-conscious investors seeking industry exposure to complement existing products such as QQQ and QQQJ.