You are at:Home»Equity ETF Channel»With Gigantic Inflows, How Will This ETF Heavyweight Rebalance Itself? 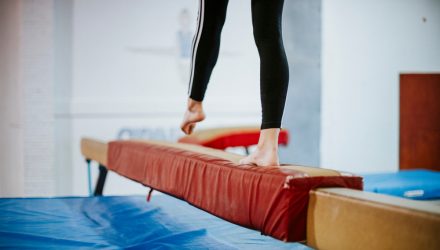 With Gigantic Inflows, How Will This ETF Heavyweight Rebalance Itself?

The iShares Global Clean Energy ETF (ICLN) has grown so large that it’s now looking at a major rebalancing.

According to a recent Financial Times report, ICLN and its European equivalent INRG “are braced for a major index rebalancing after amassing too much money in too few companies.” The problem of course isn’t the influx of capital, but too few holdings.

“Massive investor inflows into two BlackRock exchange traded funds pinned on just 30 clean energy stocks may force the asset manager to sell billions of dollars worth of shares to prevent it building up overly large holdings in the companies,” the FT report noted. “The potential sales of two New Zealand energy companies would represent the amount that is typically traded in 40-50 days in order to comply with a dramatic index rebalancing.

“The exchange traded funds might also need to offload more than 10 per cent of the free-float market capitalisation of some other companies if the shake-up proceeds as proposed next month, according to Société Générale, which revealed its views in a narrowly circulated report produced for clients,” the report added further.

ICLN seeks to track the S&P Global Clean Energy Index, which is designed to track the performance of approximately 30 clean energy-related companies. The fund is up over 130% the past year, so it’s not hard to understand why it’s so popular.

“I bet every hedge fund is looking at that list to work out where they can buy these stocks so they can sell them short,” said Peter Sleep, senior portfolio manager at 7 Investment Management.

“This gives an opportunity for front-running. The stocks that are going to be bought here are probably already going up in anticipation of this rebalancing,” added Kenneth Lamont, senior fund analyst for passive strategies at Morningstar.

Under the Hood of ‘ICLN’

Its top three holdings have all been stellar performers over the past year.