You are at:Home»Equity ETF Channel»Will a January Sell-Off Start 2020 on a Down Note? 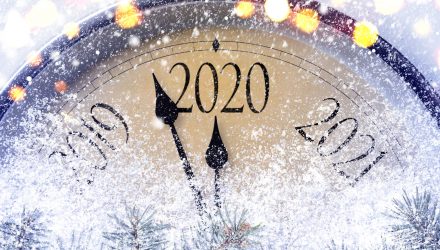 Will a January Sell-Off Start 2020 on a Down Note?

A Santa Claus rally thanks to a U.S.-China trade deal could pave the way for a January Grinch to start the new year, according to some market experts. In fact, a January sell-off could be just ahead as investors have taxes on their mind.

“I think people won’t want to add any more taxable gains this year, so they’ll probably defer to next year. They made a lot of money. A lot of them will tend to look at rebalancing,” said James Paulsen, chief investment strategist at Leuthold Group.

In addition, the euphoria from a U.S.-China trade deal could wear off come January as other market concerns start to creep in.

“I suspect we’re going to cool the jets of bullishness in the first quarter. … It wouldn’t surprise me if we had a pullback,” Paulsen added.

A Little Bit Of History Repeating

Will January History Repeat Itself?

Market experts who have been closely following market activity, particularly during the January month have noted that there is somewhat of a market break to start the new year. Profit-taking and tax-related selling could mark the first signs of market activity to start in 2020.

“That’s what gives a little bit of weakness on day one. We’ve seen a bit of profit-taking on the first trading day of January when people don’t want to incur capital gains” said Jeffrey Hirsch, editor-in-chief of Stock Trader’s Almanac. “There’s been more of that going on in January. There’s also the traditional January break.”

Where should investors head if a January sell-off occurs?

“It might be better to get into some of the weaker sectors, like cannabis or some of the beaten-down IPOs like Uber, Beyond Meat and Slack or some of the energy names,” said technical market analyst Scott Redler. “These could have the January type of effect … where selling pressure will lift and people who took losses in December, after 30 days, they can buy them back.”

From a technical perspective, Redler says the S&P 500 is becoming extended after hitting record highs thanks to a year-end rally.

“We’re about 25 handles above it, and we could easily get a quick brush-back to it. Whenever we get this far away from the eight-day, I always put on a hedge. It means the market is on the move,” he said. “Since Dec. 15, when the tariffs were lifted, the market has been on a steady cruise control and that might change the first week of January.”