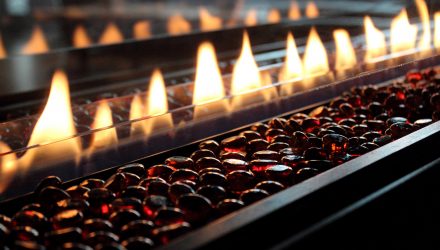 A natural gas glut could be brewing in Europe as suppliers are not looking to scale back on deliveries of the commodity anytime soon. As such, natural gas prices could fall to their lowest level in over 10 years.

“In September, gas storage sites in northern Europe will be full, increasing the risk of a further downside in prices,” said Niek van Kouteren, a senior trader at PZEM, a Dutch energy company. “Under a certain price, producers would be forced to extract less gas. But at the same time, big suppliers such as Russia” are trying to increase market share.

Norbert Ruecker, head of economics at Julius Baer Group Ltd., said the only way to stem this tide of inundation in natural gas supplies is to scale back flows from Russia or Norway.  Per a Bloomberg report, “Russian energy giant Gazprom PJSC said last week that its exports to Europe will decline to 192 billion cubic meters this year, 4.5% lower than the record-high volumes in 2018. Its average gas price is also expected to fall 13% in comparison what it recorded last year.”

“When we have an opportunity, we make extra sales,” Mikhail Malgin, deputy department head at Gazprom Export, said on a conference call with analysts last week. “The market share per se is not our goal but rather a consequence of our actions”

UNG seeks to reflect the daily changes in percentage terms of the price of natural gas delivered at the Henry Hub, Louisiana, as measured by the daily changes in the price of a specified short-term futures contract. The fund invests primarily in futures contracts for natural gas that are traded on the NYMEX, ICE Futures Europe and ICE Futures U.S. (together, “ICE Futures”) or other U.S. and foreign exchanges. The Benchmark Futures Contract is the futures contract on natural gas as traded on the New York Mercantile Exchange that is the near month contract to expire, except when the near month contract is within two weeks of expiration.

For traders looking for leverage, UGAZ seeks to replicate, net of expenses, three times the performance of the S&P GSCI Natural Gas Index ER. The index comprises futures contracts on a single commodity and is calculated according to the methodology of the S&P GSCI Index.