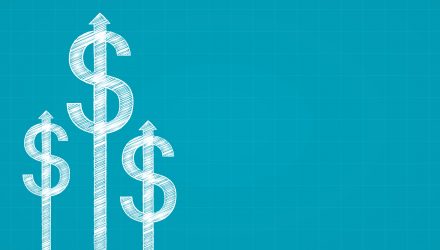 Valuation Expert Says the Latest IPOs are Too Expensive

NYU Stern professor Aswath Damodaran has been dubbed “Wall Street’s Dean of Valuation,” so it’s almost obligatory to ask what he thinks of the latest initial public offerings (IPOs) from the likes of Lyft, Zoom and Pinterest. Taken together, there is one common denominator–they’re too expensive.

Damodaran’s assessment comes as Uber is set to debut its IPO around mid-May. Pricing details have not been made public as of yet, but there are rumors swirling that the valuation number will come in at the $100 billion mark.

“All four are richly priced,” Damodaran said on Tuesday on CNBC’s Squawk on the Street. “I’m a little scared of Uber at $100 billion. I think both Lyft and Uber are struggling with a way to convert revenue growth into profits. So you are paying $100 billion for a company that still doesn’t have a viable business model. That’s scary.”

Ridesharing startup Uber hopes to come out of the starting gates better than competitor Lyft. After debuting with an opening price of $72, Lyft struggled with analyst downgrades early on in its publicly-traded existence.

Lyft was already in a tenuous position prior to its IPO debut–according to S&P Global Market Intelligence, Lyft posted a loss of $911 million in 2018, making it the most any U.S. startup has lost in the 12 months leading up to its IPO. Uber’s situation looks more dire on paper with a loss of $3 billion in 2018, but will its debut mimic that of Lyft’s?

“The test will be when Uber goes public, whether the market gets caught up in numbers … 91 million riders. That’s a lot of people. I think all of these companies use numbers to intimidate,” said Damodaran, who priced Uber at $60 billion.

As far as his assessment on Pinterest, Damodaran sees it a $14 billion, and $16 billion for Lyft and $7 billion for Zoom.

For investors who want a piece of the IPO action, but don’t necessarily want to assume all the risk associated with investing in a single stock like Uber can look to the Renaissance IPO ETF (NYSEArca: IPO). IPO seeks to replicate the price and yield performance of the Renaissance IPO Index, which is a portfolio of companies that have recently completed an initial public offering (“IPO”) and are listed on a U.S. exchange.