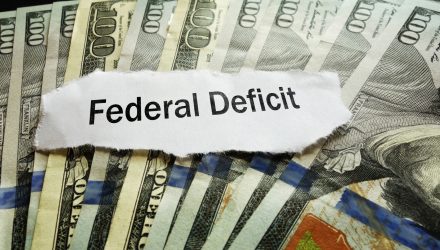 The Congressional Budget Office said in a new report on Wednesday that Federal deficits could reach higher levels in the next 10 years versus what was previously expected. In addition, the CBO cited that U.S. President Donald Trump’s latest tariffs on China would lower gross domestic product (GDP) by 2020, and that further tariff hikes could hamper economic growth.

Per a LA Times report, “Economists are increasingly warning that a recession may be on the horizon, with a key segment of the so-called yield curve on U.S. Treasury notes briefly inverting last week, a rare occurrence that has historically presaged a recession. The odds of a U.S. downturn in the next 12 months rose to 35% in Bloomberg’s August survey of economists, from 31% forecast previously.”

“If trade barriers rose higher or concerns about such developments increased, domestic investment and output could be slower than we project,” the agency added.

Key highlights of the report:

Kinda amazing. CBO increases size of projected deficits (because Congress changed the law and is spending more than it said it would) yet CBO decreases projected level of interest rates over the next decade. pic.twitter.com/ckHLAwuquC