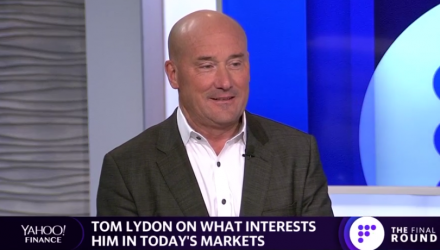 After a rocky end to 2018, U.S. equities are smooth sailing through 2019 thus far with the Dow Jones Industrial Average up 11.71 percent year-to-date, while the S&P 500 is up 11.45 percent and the Nasdaq Composite is 13.78 percent higher. This, however, doesn’t mean investors should let their guard down and catch one on the chin if a sharp draw-down were to occur.

ETF Trends CEO Tom Lydon joined Yahoo Finance’s The Final Round’ on Wednesday to discuss opportunities that can capture further upside in 2019 and defend against any potential declines.

Emerging markets investors have been feeding off the latest U.S.-China trade negotiation news, especially now that U.S. President Donald Trump is open to extending the 90-day trade truce that is set to expire on March 2. In the meantime, optimism is permeating throughout the capital markets on a permanent trade deal getting done is reflected in emerging markets ETFs that have been receiving the lion’s share of net inflows.

According to data from XTF.com, emerging markets ETFs occupy four of the top 10 in net inflows: 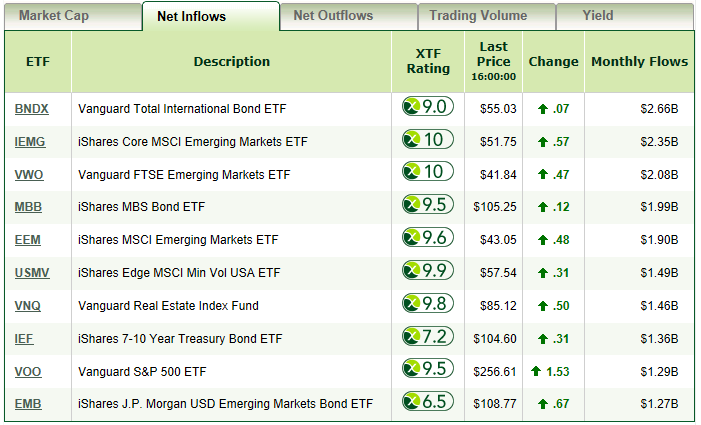 As the trade deadline looms, however, it could be a bumpy ride for emerging markets. As more news regarding trade floods the capital markets, the EM space will be one of the more sensitive areas to respond.

Nonetheless, emerging markets still represent a value proposition for those investors who are willing to accept the short-term risk in lieu of the returns in the long-term horizon.

“If you look at emerging markets, they didn’t go down as much in the fourth quarter as U.S. stocks did and they’ve actually continued to climb on the upside,” said Lydon. “Valuations are very much in line–on average, a price-to-earnings ratio of 10 compared to 17 for the S&P 500, so if you can get a 40 percent discount on stocks that aren’t going away anytime soon, something to think about.”

For many investors, gold is the standard in precious metal investing, which has become more accessible than ever thanks to options via an exchange-traded fund (ETF) wrapper. In 2018, rising interest rates that coincided with an extended bull run in U.S. equities for most of the year fueled a strong dollar, tamping down gains for gold.