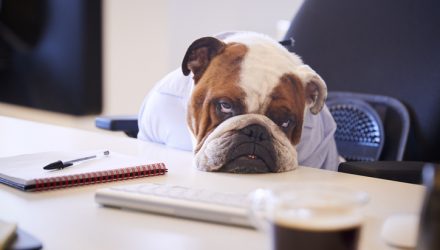 The Boring Industry That Hands +500% Gains

Smart hunters prey on the weak.

That may sound heartless, but lions instinctually know not to chase fast young gazelles. Instead, they run down the old limping gazelle in the back of the pack.

Amazon (AMZN) first went after bookstores like Barnes & Noble and Borders. What could be easier than selling books online? Books are easy and cheap to mail… don’t spoil like food… don’t come in different sizes like clothes… and book buyers rarely demand refunds.

Then there’s Netflix (NFLX). It didn’t challenge mighty Disney (DIS) right away. It went after the limping gazelle known as Blockbuster, a company that hadn’t evolved much in decades.

But One “Hall of Fame” Disruptor Broke all the Rules

It went after the world’s tech giants from the very beginning… and won! This company quietly went public in June 2004.

There wasn’t a media circus around its initial public offering (IPO) like we often see. In fact, most investors didn’t even notice. Everyone was focused on Google (GOOGL), which was set to go public just two months later.

But you would have made far more money buying this under-the-radar stock than buying Google.

The company I’m talking about is Salesforce (CRM). It has surged an incredible 4,400% since it went public in 2004—nearly doubling Google’s return! 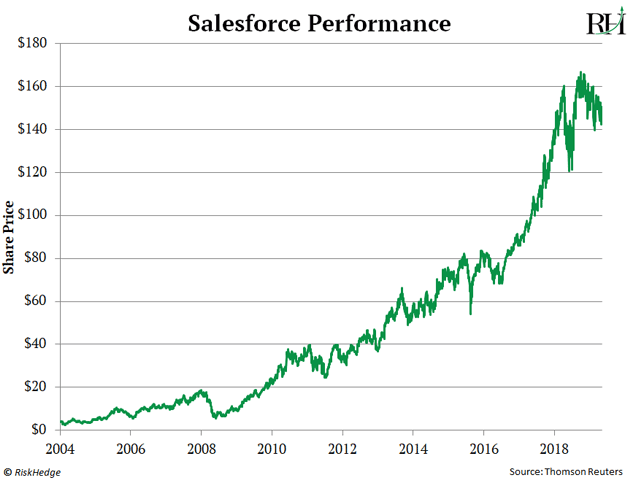 Salesforce Is One of the World’s Most Dominant Companies

It’s worth over $120 billion—in the same ballpark as Netflix (NFLX), McDonald’s (MCD), and Nike (NKE). Still, it’s something of a mystery. Everyone’s heard of the company but most investors couldn’t tell you what it does.

But that’s NOT why Salesforce’s business grew more than a hundredfold in just 15 years. Instead, it became a world dominator by disrupting how software is sold.

Remember back when you’d buy software from a store? It came in a shrink-wrapped CD case. You’d then go home and install the program on your computer.

Companies had to do the same except they used A LOT more software. To manage it all, a company had to hire an IT team or at the very least, a “tech guy.”

A company needed servers to run the software. If it was big enough, it would need warehouses full of servers!

Salesforce CEO Marc Benioff was convinced that using software should be as easy as visiting a website like Amazon.com. And paying for it should be as simple as paying your electric bill.

So, he started selling software on a subscription basis. Customers paid monthly for access, instead of buying the software outright.

In short, Benioff reinvented software. He took it from a “product” that companies sold, to a “service” that it managed for its clients. This might seem like a subtle shift. But Benioff’s simple idea ignited one of the biggest stock booms of the century… a boom that’s still going strong today.

Salesforce pioneered the SaaS—or software as a service—model. Hundreds of other companies then copied it. The stocks of many of these SaaS companies have shot to the moon, handing investors massive profits.

SaaS Stocks Are the Hottest on the Planet

Look at Alteryx (AYX) —a SaaS company that helps businesses better analyze their data. It’s spiked 883% since its March 2017 IPO. 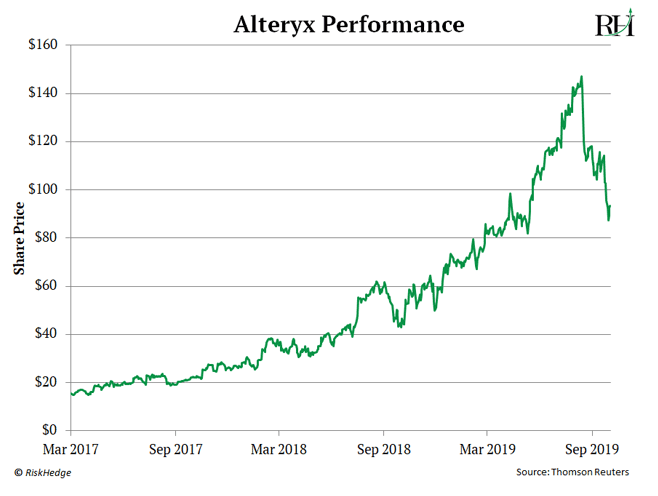