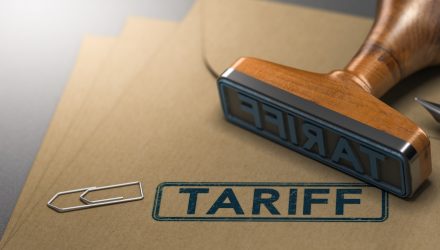 Tariffs Can Pose Problems When Used as a Revenue Source

It’s difficult to put a positive spin on the tariff-for-tariff battle going on between the United States and China. However, U.S. President Donald Trump made an attempt to do so by saying that tariffs could be a potent revenue source for the U.S.

Talks with China continue in a very congenial manner – there is absolutely no need to rush – as Tariffs are NOW being paid to the United States by China of 25% on 250 Billion Dollars worth of goods & products. These massive payments go directly to the Treasury of the U.S….

However, market analysts beg to differ with that notion.

“I have always been quite pessimistic on the possibility of the US achieving a meaningful trade agreement with China,” wrote Kristina Hooper, Chief Global Market Strategist at Invesco. “I have worried about the negative impact of tariffs and the potential that China can retaliate against the US in a meaningful way. In addition, I have always believed there is a misguided concern by the US over trade deficits.”

Last Friday, President Trump’s administration agreed to increase tariffs from 10 percent to 25 percent on $200 billion worth of Chinese goods. In return, China responded this week with raising tariffs on roughly $60 billion worth of U.S. goods.

Where do the markets go from here?

Hooper posited that one of three things could happen with the imposition of tariffs:

As for what the markets hold for the future, Hooper expects more volatility. With that increased volatility comes a flight to safe-haven assets, which could favor bonds and currencies like the Japanese yen.

“Looking ahead, we should expect continued volatility in both equities and fixed income,” Hooper wrote. “My base case is a resumption in negotiations, episodic flare ups in tensions, markets moved by both positive and negative news flow, and no meaningful deal reached any time soon. In the near term, I wouldn’t be surprised to see a continued flight to safety favoring US Treasuries and yen, and stocks selling off — although at a certain point I expect bargain hunting to begin.”