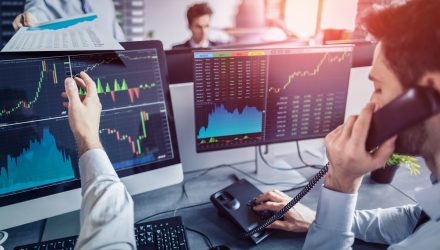 The Federal Reserve is also widely expected to cut interest rates for the third time this year at the end of its Wednesday’s meeting.

“To break higher from here, you need to see the economic data turn up,” Rupert Thompson, head of research at Kingswood Group, told the WSJ.

“The healthcare stocks are up after earnings and that’s a good sign,” Shawn Cruz, manager of trader strategy at TD Ameritrade, told Reuters. “Some of those stocks have gotten a little bit beat up due to political risk so there is a lot of room for an upside move.”

Third-quarter earnings results out of S&P 500 companies have largely been better than expected, assuaging some of the market fears over growth. Over 77% of the 236 firms to report so far this quarter have surpassed expectations, according to Refinitiv data.

However, major stock indices have also been largely trading within range over the past few months, and market watchers aren’t convinced yet that we have been broken out of the sideways range after the recent move up.

“With the recent history of strong selloffs starting soon after breakouts to new highs, this one has a lot to prove as well,” Instinet analyst Frank Cappelleri told the WSJ.