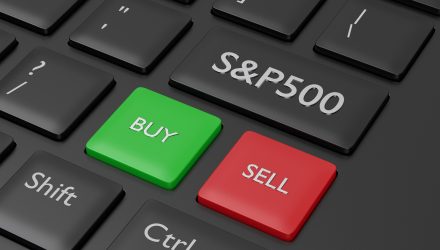 For exchange-traded fund (ETF) investors, the SPDR S&P 500 ETF (NYSEArca: SPY) has been a staple fund for many years. Not only is it lauded for its volume and liquidity, it’s also been a strong gainer, hitting a new all-time high at $294.78 at 11:42am ET today — up over 18 percent year-to-date.

“It’s the bellwether of all ETFs,” said ETF Trends CEO Tom Lydon. “26 years ago, it was created so this whole 10-year bull market, we continue to see more and more money going in.”

Thus far this year, ETF inflows have managed to accumulate over $70 billion. Much of the credit can be to a strong start for U.S. equities in 2019, which has seen the S&P 500 and Nasdaq Composite reach record highs the past week.

Much of the enthusiasm has been due to better-than-expected first-quarter GDP numbers published by the Commerce Department. Despite a number of roadblocks heading into 2019 after a rough fourth-quarter market showing to end 2018, the U.S. economy rebounded in the first quarter this year, beating analysts’ expectations of 2.5 percent growth with a 3.2 percent growth number.

Under the SPY’s Hood

As for its top holdings, SPY has a mix of heavy hitters: 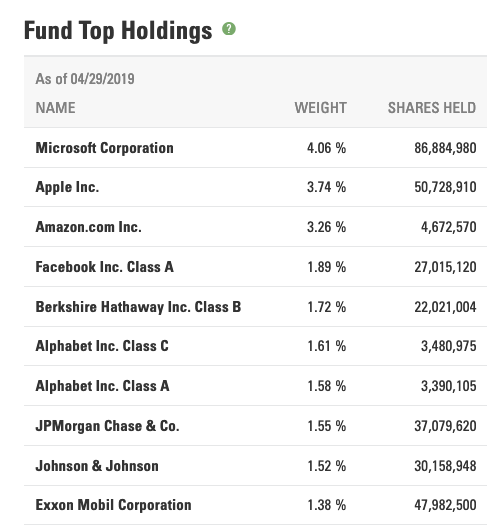