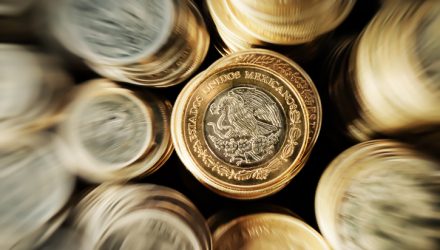 The iShares MSCI Mexico ETF (EWW) was down 3.1% on the day. Stocks also took a hit. The peso dropped to its lowest level in a month against the dollar, trading down 1.1% at 19.13 per USD.

A resignation letter tweeted by Urzúa said, “Disagreements over economic matters were plentiful,” according to a CNBC translation. The letter went on to say, “this administration has made public policy decisions without sufficient foundation.”

His letter stated, “I am convinced that all economic policy should be realized based on evidence. However, during my tenure these convictions were not echoed,” CNBC reports.

Urzúa’s public resignation is a blow to the early tenure of President Andrés Manuel López Obrador (AMLO), whose administration has been in power for seven months.

“This is an unexpected and negative development for it suggests: (1) significant policy and inter-personal frictions within the AMLO administration and (2) that economic policy decisions may be guided and informed by non-economic/financial criteria and led by policy makers without the required and relevant credentials to define policy and manage the fiscal accounts,” Alberto Ramos, chief Latin America economist at Goldman Sachs Group Inc. in New York, said in a Bloomberg article.

Arturo Herrera, the deputy finance minister, was named as Urzua’s successor which was seen largely as a positive development.

“Herrera has interacted with investors extensively, so he is not a concern. It’s really the government policies that are a concern and are unlikely to change as a result of the resignation,” said Shamaila Khan, director of emerging-market debt at AllianceBernstein in New York.

Concerning government policies could negatively impact Mexico’s growth and ETFs like EWW that track the investment results of a broad-based index composed of Mexican equities.