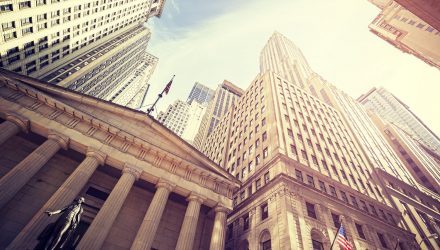 The iShares U.S. Regional Banks ETF (NYSEArca: IAT), which tracks a basket of large regional banks, was trading higher by nearly 2% in midday trading Thursday on news that BB&T Corp. (NYSE: BBT) is acquiring rival SunTrust Banks Inc. (NYSE: STI) in a deal that will create the sixth-largest U.S. bank.

The $575.63 million IAT was up 13.70% year-to-date prior to the news of the deal, which is the largest merger among U.S. banks in a decade. IAT tracks the Dow Jones U.S. Select Regional Banks Index.

Entering Thursday, BB&T and SunTrust were IAT’s third- and fourth-largest holdings, respectively, combining for almost 12% of the ETF’s roster.

More On The Deal

“The new bank will hold about $442 billion in assets, $301 billion in loans and $324 billion in deposits, the companies said. The banks expect to save about $1.6 billion in annual net cost synergies by 2022,” according to USA Today.