You are at:Home»Equity ETF Channel»Protect Yourself Against Extreme Volatility with This ETF 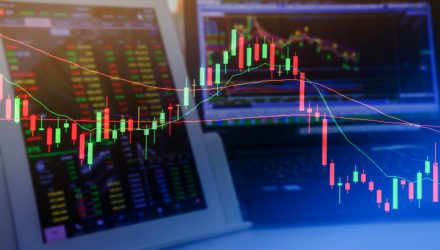 Protect Yourself Against Extreme Volatility with This ETF

Wild market swings have returned and with a forthcoming election ahead, it could get even dicier, which puts certain ETFs into the spotlight as a portfolio protection tool. A MarketWatch article noted the Simplify US Equity PLUS Convexity (SPYC) as a viable option.

“The question you have to ask is, what are markets going to look like for the next six months or so, and anyone who tells you he knows is lying,” said Dave Nadig, chief investment officer and director of research at ETF Database.

“Four or five years ago, we’d all have a baseline expectation, with a few variations,” Nadig said during the interview. “Now we’re in a different kind of market. The tails become as likely as the central tendency. SPYC is a product specifically designed for this world where the curve has been squashed, so you can maximize the profit from the tails.”

The forthcoming presidential election should give investors a wild ride of volatility. If September’s market swings were akin to an aftershock, then November could bring the big one, according to Wells Fargo Securities’ head of macro strategy Michael Schumacher.

“Normally, you might think that it’s Election Day or Election Day plus one that is super volatile,” Schumacher told CNBC’s “Trading Nation” on Tuesday. “But this year, markets are saying ’Hey, wait a minute. We see a lot of vol after the election.”

Schumacher is also taking note of the activity in options, which could portend to how volatile the markets could be.

“The big takeaway is three-month options vol is still quite high, and it has not really come down versus the two,” he said. “Why is that? Maybe it’s a messy result. Maybe the results aren’t even clear for a few weeks. Maybe Brexit gets onto the scene, as well.”

Another ETF Option to Consider

As such, another fund to look at is the Amplify BlackSwan Growth & Treasury Core ETF (NYSEArca: SWAN). SWAN seeks to buffer the impact of a black swan event since 90% of SWAN will be invested in safe-haven U.S. Treasury securities, while approximately 10% will be invested in SPY LEAP Options in the form of in-the-money calls. This gives investors exposure to capture any potential upside by staying invested in the S&P 500 if, for example, a permanent trade deal is negotiated between the U.S. and China.

As mentioned, SWAN will absorb any negative market downturns by investing in the tried-and-true safe haven of Treasury notes if negotiations happen to go awry between the U.S. and China–due to their negative correlation with the S&P 500. Of course, anything can derail a 2020 comeback for U.S. equities following Covid-19, but however a black swan manifests itself, SWAN has investors prepared at a low cost with a 0.49 percent expense ratio.