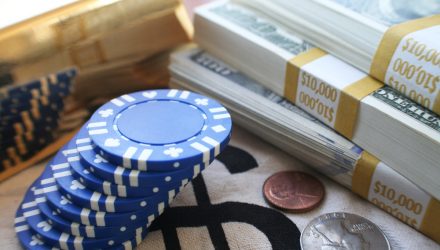 A closer look inside QUAL reveals appealing stocks to CFRA. Buy recommended Apple (AAPL) and Strong Buy recommended Microsoft (MSFT) are the two largest positions, though their combined 9% weighting in QUAL was lower than the 12% for the S&P 500 Index at the end of January. CFRA believes both companies delivered better-than-expected earnings in the recent quarter and have room for further growth.

CFRA also has a Strong Buy recommendation on Nike (NKE), which represents a 3.1% position for QUAL in contrast to IVV’s 0.5% stake. According to CFRA Equity Analyst Camilla Yanushevsky, while Covid-19 has prompted many retailers to focus on survival, NKE’s fortress balance sheet and dominant position has allowed it to be at the forefront of innovation and capture a greater competitive advantage. She thinks the resumption of sports and an organizational revamp will unlock efficiencies to accelerate key opportunities directed toward women and further opportunities in China.

Another top-10 position for QUAL that earns a CFRA Strong Buy is BlackRock (BLK), which is the parent company of asset manager iShares. The decision to own BLK in QUAL at a 2.6% position, relative to the 0.3% weight within IVV, is based on the company’s qualifications in the MSCI index and not discretion by iShares. CFRA Equity Analyst Cathy Seifert believes BLK’s top-tier position in passive investments, diversity, and strong fund performance will attract assets at an above industry-average rate over the next few years.

Amazon.com (AMZN), JPMorgan Chase (JPM), and Tesla (TSLA) are examples of top position in the S&P 500 Index, not a part of QUAL.

At the fund level, QUAL is also appealing. The fund has a low 0.15% expense ratio and trades approximately 2 million shares daily with a tight spread, providing investors with liquidity and low cost. While QUAL rose 17% in 2020, slightly underperforming the S&P 500 Index, the ETF is positioned to incur less risk, according to CFRA. Overall, QUAL earns a five star for its combined risk, reward, and cost attributes and is positioned to outperform the U.S. diversified equity ETF category over the next nine months. QUAL is an excellent choice for investors seeking a core U.S. position, but with the benefit of a fundamentally driven approach to security selection.