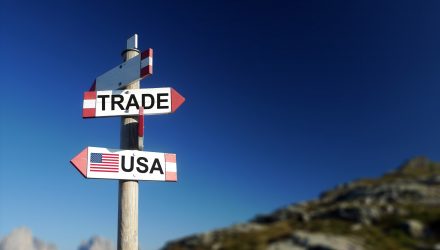 Wall Street adamantly cheered the U.S.-China “phase one” trade deal last week, but some market experts feel the fine print of the agreement still leaves a lot of unanswered questions.U.S. equities were lifted last Thursday thanks to a “phase one” trade deal agreed to in principle between the U.S. and China after it looked like trade talks could be prolonged and even stretch through 2020.

Looking forward, can this “phase one” deal continue to propel the markets through the new year?

“Let’s say you’re the Chinese and I’m the president,” said CNBC’s Jim Cramer. “I come in and I say, ‘You know what? Here’s what I’ll offer: I’ll cut all the tariffs in half, and I won’t do the December tariff.’ That was not offered. And yet, in black and white, the paper says it was. That was never offered, and that’s what the president is saying. Now, my experience is that when I say something was never offered and the president confirms it, it was never offered. You could say the whole thing’s one big ‘fake news,’ but it’s not. So, whatever the Chinese are saying [is]an agreement, it’s not a cut in half of the tariffs. Phase rollback? We don’t know what the phase is.”

Nonetheless, despite the lack of succinct details, the majority of the capital markets agree that a trade deal is a net positive for the markets as 2019 winds down to a close.

“Just the fact that there’s a delay — we’re not going to get those 25% tariffs on Dec. 15 — I think is definitely a plus for the market,” said Jeremy Siegel, Russell E. Palmer professor of finance at the University of Pennsylvania’s Wharton School. “It would be a bigger plus if we actually got mutual reduction on tariffs. I could see the market up 10% then. But just the delay, that uncertainty, out of the way in the immediate future I think is certainly good for another 5% on the market for the rest of this year. … Remember, Trump did say we’re very close to a deal. We may not get that reduction in tariffs. It may be contingent on them actually doing something. I do believe that this means we’re not going to have that tariff ramp up on the 15th. That’s going to be delayed. And I think that just that uncertainty out of the way is a bit of a Christmas present for the market going forward this month.”