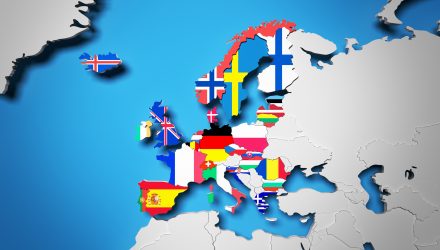 The iShares MSCI EMU ETF (CBOE: EZU) is flirting with a year-to-date gain of 12%, but many investors remain apprehensive about embracing European equities. Still, some market observers see opportunities in the Eurozone.

“Europe offers attractive asset valuations compared to history, especially in risk assets,” said BlackRock in a recent note. “Regional assets have cheapened further compared to a year ago as concerns about growth and politics increased. The exception to this are core government bonds, which we believe to be expensive compared to global peers.

“As downward revisions to growth start petering out and incoming activity data begin to show signs of life, European risk assets might get a boost this year as value equities benefit,” according to BlackRock. “For any equity rally to have legs, investor concerns around a disorderly Brexit, global trade conflicts and Italian politics have to diminish, in our view. Given how under-owned Europe has become, even a tentative recovery might spark a relief rally.”

Italy, the Eurozone’s third-largest economy behind Germany and France, is the fifth-largest country allocation in EZU at a weight of just over 7%. France and Germany combine for over 62% of the fund’s geographic exposure.

“Another idea is a tactical long euro position against the US dollar,” said BlackRock. “The euro has under-performed other risk assets during the 2019 market rally, in our view. The easier stance adopted by the ECB, ongoing forecast downgrades and worries over US car tariffs and political risk more broadly have weighed on the currency.  We see much of this negative news as now reflected in the euro’s price.”

EZU is not a currency hedged ETF.