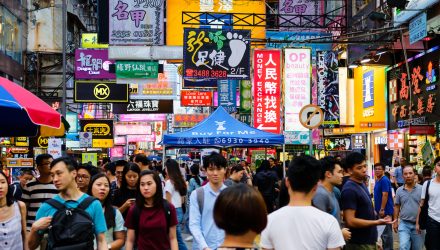 China is one of the primary reasons for sustaining global growth. Of course, it’s difficult to talk international investing to an investor without mentioning the world’s second largest economy.

Additionally, Chinese equities will no doubt benefit the primary trigger event of a U.S.-China trade deal that’s still undergoing negotiations. While some analysts feel a trade deal is already priced into the U.S.capital markets, investors are hoping it could provide a surge for Chinese equities even further.

Of course, that depends on whether a deal can get done or not.

“They (China) were trying to go back on language that had been previously negotiated, very clear language, that had the potential of changing the deal dramatically,” Treasury Secretary Steven Mnuchin said. “The entire economic team … are completely unified and recommended to the president to move forward with tariffs if we are not able to conclude a deal by the end of the week.”

China equities have also been the beneficiaries of index provider MSCI Inc. announcing recently that it would quadruple its weighting of large-cap Chinese shares in its benchmark indexes. In a press release, MSCI Inc. said it would increase the weight of China A shares in the MSCI Indexes by increasing the inclusion factor from 5% to 20% in three steps.

The decision came after an extensive global consultation with a large number of international institutional investors, including asset owners, asset managers, broker/dealers and other market participants worldwide. MSCI said the proposal to increase the weight of China A-shares garnered overwhelming support from investors.

In the video below, Henry Fernandez, CEO of MSCI, joins CNBC’s Bob Pisani to discuss China and its impact on the global ETF market: