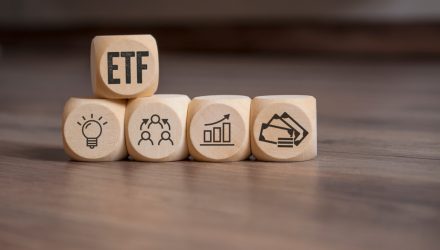 Passive exchange-traded funds (ETFs) have been the beneficiaries of an extended bull run the past decade plus, but global investment firm J.P. Morgan says the tide could be turning in favor of active funds. Recent survey results show that investor interest is growing for more active funds that can navigate the current uncertainty in the markets.

“While only 2% of ETFs were actively-managed as of about a year ago, 2020 has seen a flurry of new launches of active products,” a MarketWatch article noted. “And investor interest – and expectations for more widespread adoption – are strong, according to a survey out Monday.”

“J. P. Morgan Asset Management’s Global ETF Study for 2020 was conducted during a particularly fraught moment: late March to early April 2020, when global financial markets were unnerved by the novel coronavirus,” the article added. “Still, the firm found 320 firms globally to survey, ranging from independent wealth managers to insurance companies to private banks. Survey respondents see allocations to active and smart-beta funds rising to nearly 40% of their client portfolios over the next few years.”

With a lot of uncertainty in the bond markets surrounding Covid-19, one particular fund got a lot of attention—the JPMorgan Ultra-Short Income ETF (JPST). Per a Bloomberg report, the fund “surpassed the long-reigning PIMCO Enhanced Short Maturity Active ETF, ticker MINT, as the largest active fund in the $4.9 trillion market. JPST has surged to $13.94 billion in assets after launching in May 2017, overtaking the $13.88 billion MINT, which debuted in November 2009.” 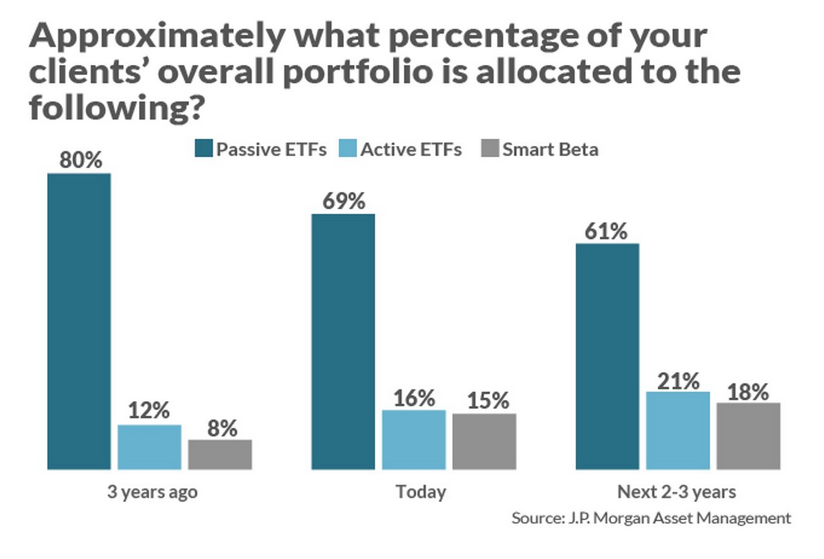 JPMorgan got into the ETF game in 2014 and relative to its competitors, they still don’t have a large market share, but they’ve been able to make a name for themselves in the actively managed fund space. If trends continue in their favor, they could eventually be a major player.

“JPMorgan was relatively late to crash the ETF party, but they have used their scale and strong brand to climb the leader board with both low-cost asset allocation based and actively managed fixed income ETF products,” said Todd Rosenbluth, head of ETF and mutual fund research at CFRA Research. “JPST has barely turned three years old and has become a go-to strategy for cash management.”

JPST seeks to provide current income while seeking to maintain a low volatility of principal. Under normal circumstances, the fund seeks to achieve its investment objective by investing at least 80% of its assets in investment grade, U.S. dollar-denominated short-term fixed, variable, and floating rate debt.