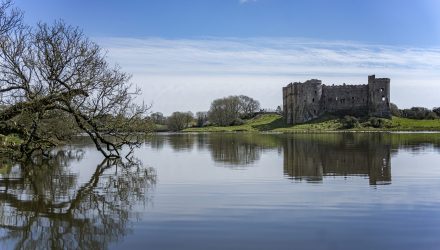 With the capital markets in the second month of 2019 after a tumultuous year-end to 2018, it’s been a strong start for the VanEck Vectors Morningstar Wide Moat ETF (NYSEArca: MOAT), which is up 10 percent to start the year.

The rise comes after U.S. stocks posted their worst year in a decade after what was a rough 2018 for U.S. equities with the Dow losing 5.80 percent, while the S&P 500 shed 6.5 percent and the Nasdaq Composite down over 4 percent. Despite the challenges near the end of the year, MOAT gave investors the right exposure at just the right time.

The strategy avoided companies in a downtrodden tech sector that was further exacerbated at the close of 2018. However, it was MOAT that concentrated on more defensive sectors like healthcare ahead of 2019.

Last week, the Labor Department reported that job growth during the month of January bested expectations as nonfarm payrolls gained 304,000. A number of those positions were in the healthcare sector.

“Healthcare was the top sector contributor to returns of the U.S. Moat Index for the year and saw its weighting adjusted in December accordingly as several companies no longer represented a valuation opportunity. Interestingly, communications services and consumer discretionary companies were the second and third best contributors, respectively, in 2018 but both maintained similar exposure in the Index.” wrote Brandon Rakszawski , Senior ETF Product Manager at VanEck.

Near the end of 2018, MOAT’s allocation was able to blunt the effects of the volatility roiling the markets, allowing for less losses compared to the S&P 500. Thus far in 2019, however, one notable observation was a move back to tech.