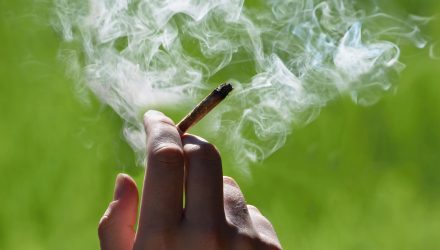 The ETFMG Alternative Harvest ETF (NYSEArca: MJ) rallied 1.73 percent on Tuesday after New Jersey politicians revealed plans to legalize the recreational use of marijuana in the state.

Democratic Governor Phil Murphy announced a bill that would allow for the adult-use of marijuana as well as allow municipalities that are home to a cultivator or manufacturer to collect the revenue from a 2 percent tax on the product within their jurisdiction.

“Legalizing adult-use marijuana is a monumental step to reducing disparities in our criminal justice system,” Murphy said in a press release. “After months of hard work and thoughtful negotiations, I’m thrilled to announce an agreement with my partners in the Legislature on the broad outlines of adult-use marijuana legislation.”