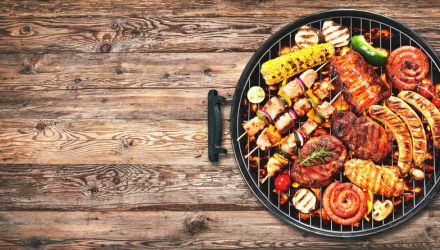 Missed Out On Beyond Meat? Buy These 2 IPOs This Week

By Justin Spittler, author of “The Great Disruptors: 3 Breakthrough Stocks Set to Double Your Money”

On May 2, Beyond Meat (BYND) went public. At 9:30 am, the opening bell of the New York Stock Exchange rang. All hell broke loose. Investors went nuts to buy the newly trading stock and shares opened the day up 84%.

Most stocks don’t rise that much in five years. Forget about one day. But the party was just getting started.

As you probably know, Beyond Meat (BYND) is a disruptive company that makes plant-based meat that not only tastes like real meat… it “bleeds” like real meat when you cut into it.

After ten years of hard work, Beyond Meat issued one of the most successful IPOs in history. Beyond Meat’s offered $241 million. It went public at a $1.5 billion valuation. Less than three months later, it was worth more than $13 billion.

That’s an 859% explosion from its initial IPO price of $25. Few people saw it coming. Unless you’re a hardcore vegetarian, you’d likely never heard of Beyond Meat before its IPO.

Beyond Meat Founders Made a killing off Beyond Meat’s IPO

So did early investors who bought into the company while it was still private. But this wasn’t some roped-off, insider-only investing opportunity. The chance to make big, quick profits was sitting there, open to anyone with a brokerage account.

Many everyday investors made out like bandits on Beyond Meat. One of my colleagues doubled their money on the stock in just a few weeks. But you could have blown away those returns by simply buying BYND the minute it started trading.

Wildly Profitable IPOs Like Beyond Meat Are Not All That Rare

I’d bet 99 out of 100 investors have never heard of these companies. And yet they quietly made small, quick fortunes for investors who understood how to play them.

Media Won’t Tell You About the Best IPOs

Unfortunately, most investors aren’t tipped off to the best IPOs until its too late. They only hear about the mega IPOs. Which is a shame because those rarely deliver.

Uber (UBER), Lyft (LYFT), and Slack (WORK) are the latest examples of mega IPOs that flopped. Each of these IPOs got 10X more airtime than all of the hugely successful IPOs I mentioned above, combined. And yet, you would have gotten your “face ripped off” investing in them.

UBER has plunged 32% since its May 9 IPO. LYFT plummeted 36% since its March 29 IPO. And WORK has dropped 26% since June 20. Please understand, when it comes to IPOs, the media is your worst enemy.

It’s no wonder profitable IPOs fly under the radar of most investors. If you didn’t take advantage of these recent IPOs, it’s not too late. There are plenty more revving their engines on the runway, preparing for takeoff.

SmileDirectClub (SDC) is set to IPO this Thursday. SmileDirectClub sells invisible teeth liners, but you don’t need to visit a dentist or orthodontist first. You simply visit one of its locations or make a mold of your teeth at home.

Its treatment costs just $1,895. That less than 1/3 of what typical braces cost. SmileDirectClub’s sales are growing at an incredible 190% year over year. And there’s still plenty of opportunity ahead. Hundreds of millions of people worldwide have crooked teeth. Less than 1% receive treatment each year.

The one big knock on SmileDirectClub is its IPO valuation. The company is set to go public at a valuation of almost $8 billion. That’s a bit rich for my taste. And, according to my database of IPO returns, IPOs that big don’t often explode out of the gate like Beyond Meat did. So, I’ll be watching this one for a pullback.

Cloudflare (NET)—another exciting disruptive company—will IPO on Friday. Cloudflare is a web performance and security company. It serves nearly 10% of all global internet requests. Like SmileDirectClub, Cloudflare is rapidly growing. Its sales have grown 50% per year since 2016.

I could see Cloudflare stock getting off to a very strong start. Several recent IPOs similar to Cloudflare have performed great.