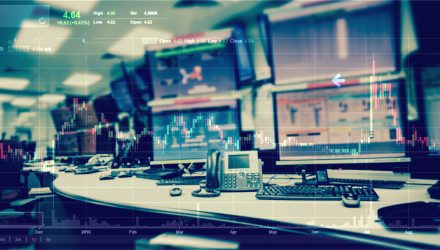 The capital markets are pondering what’s ahead in 2020 after a strong year for major U.S. indexes like the S&P 500 hitting record highs despite a summer sell-off that sparked a move into safe-haven government debt. More gains perhaps—at least that’s what one market strategist is predicting.

Markets have been riding high off the euphoria of a U.S.-China trade deal that sparked a year-end rally, but can this positivity sustain itself heading into 2020?

“We think confidence will ultimately translate into the public getting this enthusiasm for stocks which could cause prices to move as high as 3,950,” said BTIG’s Julian Emanuel, the firm’s chief equity and derivatives strategist told CNBC’s “Trading Nation.”

Despite the gains, Emmanuel thinks that investors still haven’t fully harnessed the power of equities just yet despite the extended bull market the past decade. 2020 may finally be the year investors dive head first into U.S. equities.

“In any great bull market, whether you think of technology in 2000 or houses over the course of the last couple of decades, it always ends or at least gets closer to the end when the public gets enthusiastic,” Emmanuel added. “We think this is the year.”

As far as potential risks go in 2020, the forthcoming presidential election will be a prime risk along with global growth and of course, more of the U.S.-China trade deal saga.

“Where we sit, the primary brunt of the risks are political,” Emanuel said.

How can investors take advantage of the move? For the self-styled ETF tactician, one of the favorite tools in their arsenal is the SPDR S&P 500 ETF (NYSEArca: SPY), which boasts over $300 billion in assets.

SPY doesn’t merely lend itself to the fly-by-night trader who feeds off the adrenaline rush of getting in and out of securities with requisite speed. It’s also flush with investors who are in it for the long haul–the buy-and-hold investor who values SPY for its liquidity in the markets, among other things.

SPY is up over 30% YTD according to Morningstar performance numbers—a strong rebound after falling 4.56% in 2018.