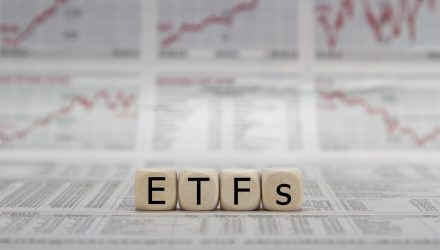 Market Stats for ETFs Continue To Impress in 2019

The number of exchange-traded funds (ETFs) continue to grow at a rapid pace. Currently, there are over 2,200 ETFs in the marketplace with year-to-date inflows of over $70 billion.

Douglas Yones, Head of Exchange Traded Products at the New York Stock Exchange, is a firsthand witness to the ever-changing ETF market and is keen on where the space is heading in 2019 as well as beyond.

“The year was off to an interesting start, in part due to the government shutdown and the significant volatility increase year-over-year,” said Yones. “And while the initial product development cycle stalled, momentum was quickly restored after the SEC re-opened and NYSE Arca launched 39 new ETFs in the first quarter alone.”

Compare that to mutual funds, which have been trailing ETFs in terms of organic growth rate, the estimated net flow over a period divided by beginning net assets, within the last 10 years according to Morningstar. In fact, the average 10-year growth rate for ETFs is 16 percent versus the paltry 2 percent for mutual funds.

Thus far in 2019, ETF inflows have topped $70 billion. However, ETF investors are more apt to exercise patience and see their returns play out over a longer time horizon via a buy-and-hold strategy as opposed to the manic buying-selling for mutual fund managers.

In summation, there’s a lot of reasons to get excited for ETFs through the rest of 2019.

“The NYSE ETF team is energized and excited about what’s in store over the next few months, with a strong pipeline of new products, exciting regulatory filings, and our upcoming plans to list ETFs on the New York Stock Exchange itself, so they can trade on the NYSE Floor,” Yones said.