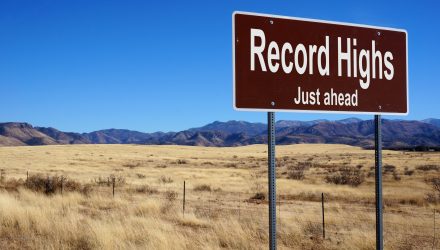 The Dow Jones Industrial Average climbed to a record high during Monday’s trading session, which follows the S&P 500 reaching its own high last week. While investors may have it in the back of their minds that the good times can only last for so long, some market experts feel the bull run can continue to even higher levels.

Edward Yardeni of Yardeni Research doesn’t feel the markets will necessarily roar to more highs, but travel to them by taking the scenic route.

“I just don’t want too much of a good thing here. I’d like this bull market to continue at a leisurely pace not in a melt-up fashion,” market expert and bull optimist Yardeni said. “That’s actually the risk.”

The capital markets have been feeding off the good vibes in what could be a tangible trade deal with the U.S. and China. U.S. Commerce Secretary Wilbur Ross said that companies domiciled in the U.S. would have the ability to sell to Chinese tech company Huawei “very shortly,” according to an Investor’s Business Daily report–technology has been an ongoing cause of tension between the two largest economies.

“If the market gets ahead of itself and gets to 3,500 a lot sooner… I may have to consider taking some profits,” Yardeni said. “I’d much rather stay fully invested in this bull market and not be forced to jump out just because it is ridiculously overvalued.”

“I’m sticking with this bull market. I think it’s going to continue to see higher levels,” said Yardeni, adding this forecast isn’t contingent on who wins next November’s 2020 presidential election.

When the markets are fed heavy servings of volatility, it helps to get tactical when it comes to using exchange-traded funds (ETFs). For the self-styled ETF tactician, one of the favorite tools in their arsenal is the SPDR S&P 500 ETF (NYSEArca: SPY).

Being that SPY is the ETF biggest also allows it to be the most liquid so investors are never hard pressed for volume when looking to buy or sell SPY. For traders, it means they can get in and out with ease.

PY doesn’t merely lend itself to the fly-by-night trader who feeds off the adrenaline rush of getting in and out of securities with requisite speed. It’s also flush with investors who are in it for the long haul–the buy-and-hold investor who values SPY for its liquidity in the markets, among other things.