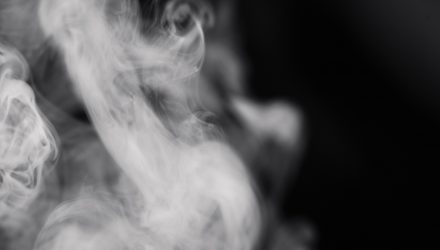 As it currently stands, the cannabis exchange-traded fund (ETF) space features two prime competitors, but does the latest proposal by Global X have enough in its tank to smoke the competition? That remains to be seen after its recent filing with the Securities and Exchange Commission (SEC).

Per the SEC filing, the fund will track the Solactive AG’s Marijuana Index, which will incorporate holdings that meet certain cannabis industry requirements.

“In order to be eligible for inclusion in the Underlying Index, a company is considered by the Index Provider to be a Marijuana Company if it derives at least 50% of its revenue, operating income, or assets from the marijuana industry value chain,” according to the SEC filing.

“If a company grows, produces, distributes, or sells marijuana, products derived from marijuana or synthetic versions of marijuana, it cannot perform any such activity in any country, state, province, locality or other political subdivision where this activity is illegal under applicable law,” the filing noted further.

Marijuana legality is still a topic of contention in certain states, but adoption is starting to grow. Currently, there are 11 U.S. states where recreational marijuana is legal, including Alaska, California, Colorado, Maine, Massachusetts, Michigan, Nevada, Oregon, Vermont, Washington, and Washington D.C.

Can the ETF coexist wih the two major players in the industry right now? The ETFMG Alternative Harvest ETF (NYSEArca: MJ) and the Canada-based Horizons Marijuana Life Sciences Index ETF (HMMJ) are off to a strong start in 2019 as both crossed the $1 billion mark earlier this year.

This is not the first time HMMJ crossed that milestone, last achieving the feat back in October when Canada legalized marijuana. As for MJ, like most U.S. equities, it got racked by the volatility in November and especially December as the ETF fell below its 200-day moving average.

However, MJ is up about 24.58 percent thus far in 2019 and HMMJ is up close to 40 percent. HMMJ was the first ETF to track the cannabis industry when it first arrived in the marketplace on April 2017.

MJ and its cannabis stock holdings experienced exponential growth in 2018 and could see more of the same in 2019. Neal Gilmer, a research analyst with Haywood Securities, is projecting that the US cannabis market could be worth between US$15.9 and US$21.7 billion by the year 2022.

“We remain positive on the cannabidiol (CBD) market and believe that CBD could be removed from its Schedule I classification driving further adoption across the US and likely driving solid interest and investments from companies outside of the cannabis sector,” Gilmer wrote in a research note.