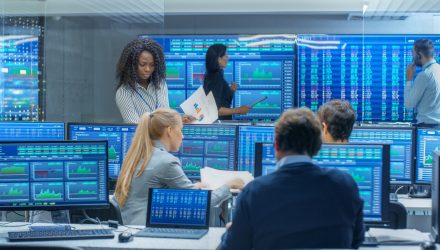 The acronym of “BYOA,” which stands for “bring your own assets” is quickly gaining traction in the exchange-traded fund (ETF) issuer space, and JP Morgan is leading the charge for steering its own clients to its ETF products.

According to a report in the Wall Street Journal, it’s a practice that does not cut corners with regulations as long as proper disclosure is made. To in-house clients, ETF products can also come at a lower cost compared to its respective competitors.

Bringing in-house client capital can also balloon an ETF’s assets quickly. For an issuer looking to increase the profile of a newly-launched ETF, it can simply look to within for a fresh injection of capital.

Case in point is JP Morgan’s own JPMorgan BetaBuilders Japan ETF (BATS: BBJP), which was able to garner assets to the tune of $1.7 billion in a matter of six weeks. BBJP eventually became one of the fastest ETFs to race to $1 billion in total assets.

In totality, according to regulatory filings and FactSet data compiled by The Wall Street Journal, JP Morgan raised $15.6 billion in assets from in-house affiliates last year. By the end of 2018, clients accounted for 53 percent of JP Morgan’s ETF assets.