You are at:Home»Equity ETF Channel»Job Creation Took a Step Back in February 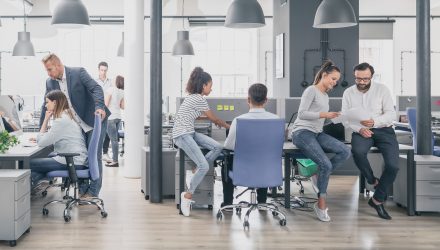 Job Creation Took a Step Back in February

Job creation took a step back in February as private companies added 183,000 jobs, which fell just below the 185,000 expected by Dow Jones estimates, according to a report on Wednesday from ADP and Moody’s analytics.

The report did revise January’s numbers, raising the original estimate of 213,000 to 300,000–40.8 percent higher. According to Mark Zandi, chief economist at Moody’s Analytics, the labor market may be reaching a pinnacle soon if it hasn’t already.

“The economy has throttled back, and so too has job growth,” Zandi said in a statement. “Job gains are still strong, but they have likely seen their high watermark for this expansion.”

Earlier this year, the International Monetary Fund (IMF) lowered its global growth forecast, pointing to ongoing trade wars dampening China’s economic outlook as well as rising interest rates in the United States. The IMF trimmed its growth expectations to 3.5 percent from 3.7 percent, while global growth outlook for 2020 was also cut to 3.6 percent from 3.7 percent.