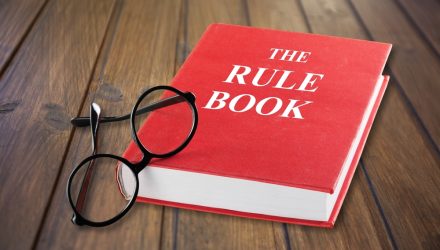 Is Your ETF Using a New Rule Book?

CFRA’s ETF star ratings are derived from what is inside the portfolio and how much it costs rather than solely relying on past performance. The value of this approach is particularly notable when an ETF changes its tracking index, as this makes the fund’s track record less useful. For example, iShares Biotechnology ETF (IBB) and iShares Semiconductor ETF (SOXX) shifted away this week from tracking Nasdaq benchmarks to ICE ones, in a significant move considering the ETFs each has been trading for nearly 20 years and manage $17 billion in assets.

Yet this has become more common, particularly among the larger asset managers such as BlackRock, State Street Global Advisors and Invesco that combined shifted the indexes behind 65 ETFs since the beginning of 2018. Collectively these three firms had more than half of the 124 such changes to their tracking benchmarks in the review period.  While Vanguard has not made major moves in recent years, their 2013 embracing of FTSE Russell indexes, from MSCI ones, for Vanguard FTSE Developed Markets Index ETF (VEA) and Vanguard FTSE Emerging Markets Index ETF (VWO) still stands out among ETF enthusiasts.

In March 2021, BlackRock, which is the largest ETF provider, revamped nine U.S. equity-style ETFs. BlackRock changed the Morningstar benchmarks the funds were tracking and simultaneously slashed fund expense ratios. iShares Morningstar Value ETF (ILCV), a $720 million offering, is one example that underwent changes. This ETF, which charges a minuscule 0.04% expense ratio, now tracks the multi-cap Morningstar U.S. Large-Mid Cap Broad Value Index rather than the prior Morningstar Large Cap Value Index. The addition of mid-cap stocks has adjusted the risk and reward profile of the portfolio, according to CFRA.

BlackRock has a series of sector ETFs set to change benchmarks in the coming months, including iShares US Technology ETF (IYW) and iShares US Financials ETF (IYF).

In January 2020, State Street replaced proprietary benchmarks for four of its ETFs with ones from S&P Dow Jones Indices. The $4.8 billion SPDR Portfolio S&P 400 Mid Cap ETF (SPMD) was one of them despite tracking the same index as SPDR S&P MidCap 400 ETF (MDY). SPMD stands out favorably to CFRA for charging an expense ratio of 0.05%, less than one-quarter the fee of MDY, providing State Street a more retail-friendly alternative to offer investors.

In June 2019, Invesco changed the benchmarks for many of its alternatively weighted equity products. One example is Invesco S&P MidCap Momentum (XMMO), which now tracks an S&P benchmark that chooses mid-cap stocks based on price momentum. Previously the ETF tracked a Russell growth index derived using different criteria.

We have long believed that what is inside an ETF matters more than most investors realize. But when the asset manager starts over with a new rulebook for managing your ETF, it pays to understand why the track record is no longer a guide to potential future performance success.