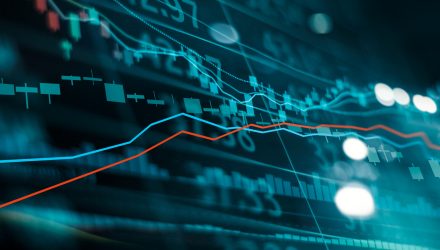 The bond markets are saying one thing with a yield curve and a forthcoming recession, but the economic data could be saying another. As such, could all this talk of a looming economic downturn could be overdone?

“The U.S. is pretty strong actually. The markets are trading more off the headline risk, particularly around tariffs, than the actual fundamentals, at least from the U.S. data,” said Tony Bedikian, head of global markets at Citizens Bank. “The jury is still out whether the market is going to be correct here, and whether we are going to see a slowdown. We’re not seeing that in the data. Broadly, we’ve seen some slower growth, but it’s still growth. It’s waning a bit but it’s still kind of a Goldilocks scenario.”

In the meantime, retail sales is telling a different story while the bond markets are flashing a recession signal with the latest inversion of the 2- and 10-year yield curve. This has typically been a solid indicator that a recession is up ahead, but is it all smoke and mirrors?

“It’s certainly overstated. If you look at retail sales, one of the signs of a recession is three consecutive monthly declines in retail sales, and we’re seeing just the opposite,” said Chris Rupkey, MUFG’s chief financial economist. He noted that retail sales reports were weak at the end of last year and beginning of this year before recovering.

A key driver of this uptick in consumer spending was Amazon’s Prime Day. The online retail giant may have helped to give the U.S. economy a much-needed boost given the last market volatility.

“The promotion season was so big, and it was retailers outside of Amazon trying to compete,” said Michelle Meyer, head of U.S. economics at Bank of America Merrill Lynch. She said a weak consumer would not have been lured by promotions. “It shows the consumer was able to spend.”

The data-dependent Federal Reserve will certainly look to areas like consumer spending to get a sense of where the economy is headed. That, of course, will help decide the course of interest rate policy after it recently cut rates by 25 basis points.

“The biggest surprise is consumer spending continues at such a rapid rate. There’s still a question mark over the trade war and what that’s doing to manufacturing production in this country,” said Rupkey. “I think the more powerful data is really the consumer. The consumer is two-thirds of the economy. Manufacturing is only 10% of private jobs.”