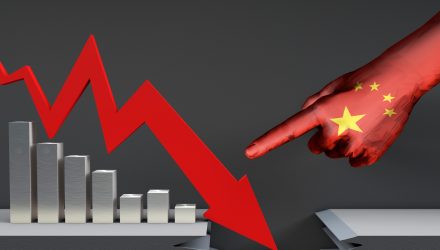 Is China More Willing to Accept an Economic Decline Over a Trade Deal?

The game of high stakes poker in the form of trade negotiations between the U.S. and China could reach unforeseen heights. In fact, China could be more willing to face the pangs of an economic downturn rather than give in to U.S. President Donald Trump and his trade demands, according to some analysts.

It’s part of a strategy where China is willing to accept the attrition of hurting domestic businesses to hold out for a more favorable trade deal. An ideal scenario if President Trump is not re-elected in 2020.

“Many investors have expressed the view that China is prepared to accept an economic downturn (and thus a global economic downturn) to prevent President Trump’s reelection,” Naka Matsuzawa, Nomura’s chief rates strategist in Tokyo, said in a note on Wednesday following meetings with Asian clients.

China’s willingness to hold out for a deal was shown in their aggression with counteracting Trump’s latest tariffs. The second largest economy withdrew itself from purchasing U.S. agricultural products, which could hurt Midwest farmers who rely heavily on Chinese purchases—a move that could put Trump’s re-election in 2020 in jeopardy.

It’s a heady gamble for China as holding out for a trade deal could have dire ramifications. U.S. measures against China could get dual support from Republicans and Democrats, which could help Trump’s re-election efforts.

In addition, a destabilization effect of China’s economy could result. China’s second-quarter GDP growth represented its lowest in almost 30 years and on top of that, it’s dealing with growing protests in Hong Kong.

“A downward shift in China’s potential growth rate means that the debt deflation problem could come out into the open,” Matsuzawa said.

Typically, these measures could be counterbalanced by further government stimulus packages, but according to analysts, China may not be as aggressive on these as they have been in the past. Nonetheless, it puts China exchange-traded funds (ETFs) in focus—to buy or not to buy?