How Your Smartphone Can Fix America’s Healthcare Crisis

At 30,000 feet in the air, a passenger was suddenly crippled by severe chest pains. The flight attendant called over the loudspeaker, “Is there a doctor on board?” A tall man rose from seat 6C. And the first thing Dr. Eric Topol reached for was his iPhone.

He plugged a credit card-sized heart monitor into the phone and placed it on the woman’s chest. The doctor didn’t need fancy machines to diagnose the problem. An iPhone app showed she was on the verge of a major heart attack.

Topol recommended the pilot make an emergency landing. The passenger was rushed to the hospital and survived.

Eric Topol isn’t some quack with a phone. He’s one of America’s leading cardiologists. And a couple of years ago, he made a shocking prediction: The smartphone will upend every aspect of healthcare.

Longtime RiskHedge readers know healthcare is America’s most broken industry. In fact, the surest way to go broke in America today is to get sick. Healthcare accounts for one in five dollars spent in America, topping $3.8 trillion in 2019. This blew me away: over half a million folks filed for bankruptcy last year due to medical bills. It’s now the #1 cause of personal bankruptcy.

This is a big reason medical care costs have jumped 200%+ since 2000. For example, US hospitals spent $600 billion on admin and billing alone last year.

What If I Told You Smartphones Can Fix America’s Healthcare Crisis?

If you’ve ever had an ultrasound scan, you know it involves big, expensive machines. New high-end scanners, like the ones in maternity hospitals, can cost $350,000 apiece. And doctors charge a couple hundred bucks to perform an ultrasound.

Little-known disruptor Butterfly Networks is turning this $8 billion market on its head. The firm invented a “beard shaver” shaped instrument that transforms any smartphone into a handheld ultrasound machine: 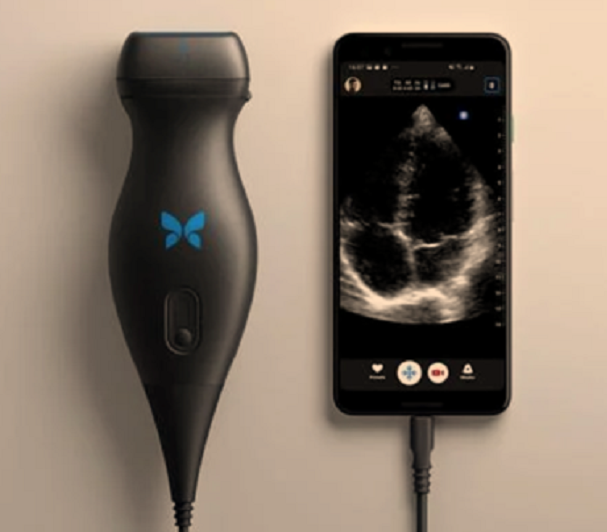 You simply plug it into the headphone jack of your phone, open Butterfly’s app, and you’re ready to perform an ultrasound. And get this: the FDA-approved portable scanner costs just $1,899.

Doctors perform 125 million ultrasounds each year in the US. Research shows handheld devices, like the Butterfly IQ, could handle 80%+ of these scans. In other words, we’re replacing a $350,000 clunky machine with an iPhone attachment! These clinical-grade scanners can be used anywhere, so Walmart Health could offer ultrasounds for, say, $49.

This Is Happening In Every Corner Of Healthcare

Think of the billions (and eventually trillions) of dollars it will save. The iPhone attachment Eric Topol used to save a fellow passenger’s life costs $99. Topol stopped using traditional ECG machines in his practice when this system got FDA approval. And he told MIT in an interview: “We save $100 for every one of these we do.”

Skin cancer is the most common form of cancer in the US. Roughly 9,500 Americans are diagnosed with the disease each day. And it takes several trips to the doctor’s office to diagnose a spot on your skin as dangerous.

Imagine you could snap a picture of a mole and get an instant diagnosis? SkinVision has an app for that. You take a picture of your skin using the app. Within 30 seconds, SkinVision’s robo-dermatologist tells you if you have anything to worry about. 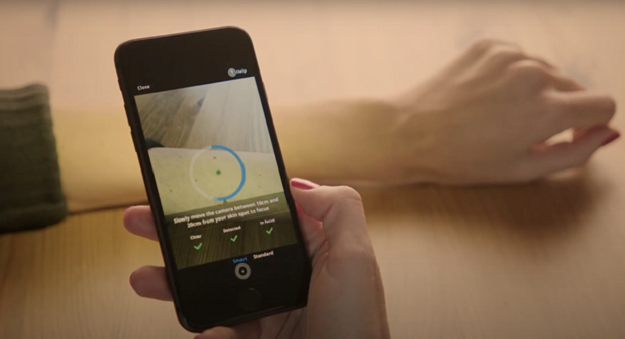 The latest research shows SkinVision’s app is 95% accurate, beating even leading dermatologists. And get this: you can carry this expert doctor around in your pocket for just $50/year.

Did you know ear infections are the most common reason parents bring kids to the hospital? Cupris Health developed an iPhone attachment that lets you perform an ear exam without leaving your home. The clinical-grade otoscope plugs into your headphone jack and captures high resolution images inside the ear. Cupris’s app then diagnoses the problem.

Imagine how many midnight trips to the ER this app could save parents? Silicon-Valley based disruptor Eko invented a $349 attachment that turns your smartphone into a clinical-grade stethoscope. It can monitor vital signs for early detection of heart and lung problems. Eko’s devices have proven to be significantly more accurate at detecting heart problems than human doctors. 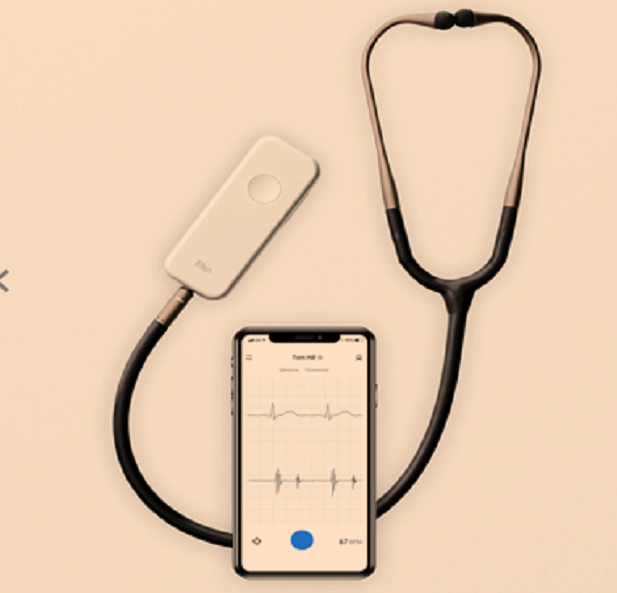 Smartphones Are Disrupting How And Where We Access Healthcare

Remember when you had to call up a travel agent to book a flight? Now, you can do it yourself with an app. A similar transformation is happening in medicine. You’re carrying around an expert doctor in your pocket—one that can perform lab-grade tests, allowing you to skip the hospital bills.

Remember, healthcare is a $3.8-trillion industry in the US alone. This is, hands down, one of the most lucrative opportunities of our lifetimes.