You are at:Home»Equity ETF Channel»Hitting a Home Run in US-China Trade Deal Not Necessary 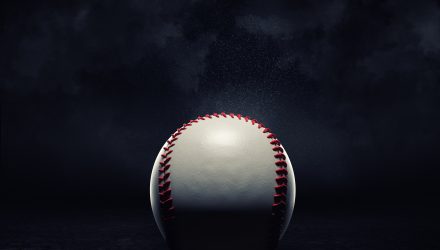 Hitting a Home Run in US-China Trade Deal Not Necessary

To tamp down all the talks of a global recession, one thing that could certainly help is a positive outcome with respect to a U.S.-China trade deal. While it may seem that an ironclad deal that’s agreeable to both sides is the preferred situation, a home run isn’t exactly necessary.

According to Tony James, Blackstone’s executive vice-chairman, even a smaller trade deal could help lift languishing business confidence. In fact, further discussions to try and iron out the perfect deal could actually hurt more than help.

“I wouldn’t underestimate the importance of getting the easy items agreed,” James said at the Singapore Summit.

“More importantly, though, if there’s no trade deal, there’s no basis for continuing the discussion between the countries, there’s no commonality of interests. And I worry at that point it could spiral out of control to become much more hostile, much more adversarial and ultimately cold war-ish,” he added.

A Reversal of Fortune

With a rise in business confidence, investors can look to the major indexes like the S&P 500 to gain strength. As such, one ETF to look at is the Reverse Cap Weighted U.S. Large Cap ETF (BATS: RVRS).

When it comes to problem-solving methodologies, a common heuristic approach might involve working backward, but what about turning things upside down? In the case of Exponential ETFs’ RVRS, upside down is the right side up.

On the opposite or more traditional end of the spectrum, market capitalization-weighted funds typically skew toward the largest companies. This creates exposure to the biggest, but not necessarily the best performers in the S&P 500.

Benefits of the reverse cap-weighted strategy: