You are at:Home»Equity ETF Channel»Goldman Sachs to Scale Back Its Commodities Trading Operations 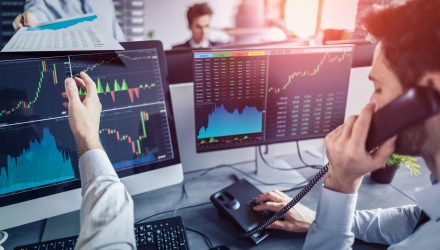 Goldman Sachs to Scale Back Its Commodities Trading Operations

The end of 2018 may have burned an image of volatility in investors’ minds. As such, alternatives to diversify and counteract volatility make commodities a viable alternative, but Goldman Sachs is looking to scale down its own commodities trading operations.

After months of review, the investment firm is paring down its commodities arm, citing too much capital used for too little profit generated. Areas on the chopping block include the trading of metals like platinum and iron ore.

The proposed move comes as Chief Executive David Solomon is reassessing the firm’s business operations in order to cut costs and explore other avenues for profit generation. Commodities traders at Goldman had their worst year in 2017 and only improved slightly in 2018.

Commodities trading at the firm was once its bread and butter business with names like Lloyd Blankfein, Gary Cohn and Harvey Schwartz garnering attention in financial sector circles.

Investors who wish to diversify with commodities can look to exchange-traded funds (ETFs) like the Aberdeen Standard Bloomberg All Commodity Strategy K-1 Free ETF (NYSEArca: BCI).

“At that time when we had launched it, we were the first ETF based on this index benchmark so up until that point, there had not been an ETF that was covering this institutional benchmark,” said Stan Kiang, Director of Strategic Accounts at Aberdeen Standard Investments.