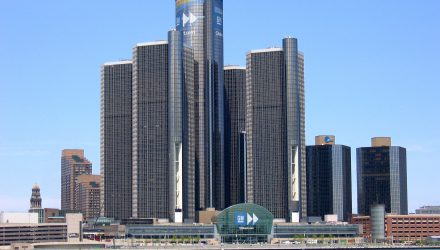 General Motors Co.’s profits dropped 8 percent during the fourth quarter as weaker sales in China hurt an otherwise strong sales showing in the United States. Despite this, GM shares were up 1.27 percent as of 11:30 a.m. ET.

The automaker did report that pretax profit resulted in $2.8 billion, or $1.43 a share, which bested the average analysts’ estimate of $1.24 a share. GM cited strong pricing on pickup trucks and crossover SUVs in North America as key drivers in sales.

Nonetheless, a 25 percent decline in China sales during the fourth quarter resulted in a loss of $200 million. All in all, net income for the fourth quarter equaled $2 billion versus a $5.1 billion net loss the same time in 2017 as a result of tax-law changes.

“GM delivered another strong year of earnings in a highly volatile environment in 2018,” GM CEO Mary Barra said in a statement. “We will continue to make bold decisions to lead the transformation of this industry and drive significant shareholder value.”

However, some analysts questioned whether the latest automaker’s results could translate to future sales, particularly if a trade war between the U.S. and China continues if a permanent deal doesn’t materialize.