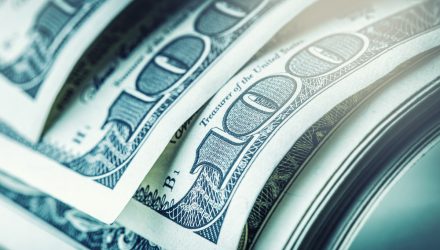 The ETFs to Consider if Silver Hits $100

As a Kitco News report explains, gold and silver typically move in tandem with one another, but the latter can go higher when in the midst of a bull market. With silver hovering at about $24 per ounce now, a move to a $100 could be of benefit to certain silver exchange-traded funds (ETFs).

“Assuming a $4,000 gold price target in two to three years’ time, which is roughly a 100% increase from current levels, and assuming a normalization of the gold-silver ratio to 40-1, then silver should be trading at $100 by the time gold doubles in value, said David Morgan of TheMorganReport.com.”

“What was in place in 2011 was that QE2 was announced,” Morgan said. “What was in place was that people thought that inflation was going to come…but that’s not what happened, and that’s why silver went to that peak and went back down and really went nowhere except down for the ensuing several years.”

“Gold is the best in a deflation, silver has mixed results, but in inflation there’s nothing better than the silver market,” he said.

ETF investors looking to get in on the silver action can look to funds like the iShares Silver Trust (SLV). SLV seeks to reflect generally the performance of the price of silver. The Trust seeks to reflect such performance before payment of the Trust’s expenses and liabilities. It is not actively managed. The Trust does not engage in any activities designed to obtain a profit from, or to ameliorate losses caused by, changes in the price of silver.

Another fund to consider is the Aberdeen Standard Physical Silver Shares ETF (SIVR). SIVR seeks to replicate, net of expenses, the price of silver bullion. The shares are backed by physical allocated silver bullion held by the custodian. All physical silver held conforms to the London Bullion Market Association’s rules for good delivery.